"Chinese consumers deserve to know that Qiaodan Sports and its products have no connection to me," said Jordan. 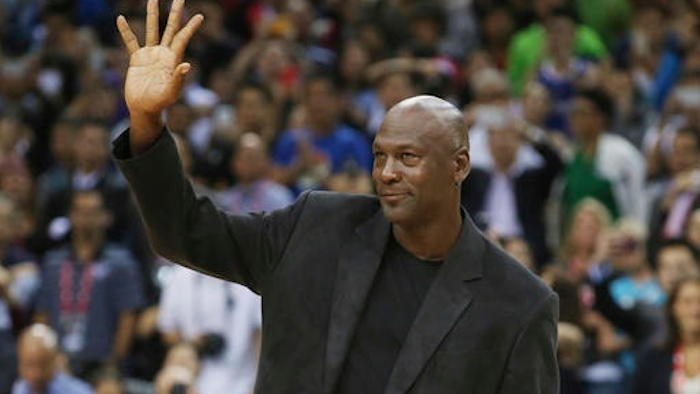 In this Oct. 11, 2015 file photo, NBA basketball legend Michael Jordan waves during the match of Charlotte Hornets against the Los Angeles Clippers at the 2015 NBA Global Games in Shenzhen, south China's Guangdong province. China's highest court ruled Thursday, Dec. 8, 2016, in favor of Jordan at the conclusion of a years-long trademark case. The former NBA star has been in dispute with a sportswear company based in southern China called Qiaodan Sports since 2012.
AP Photo/Kin Cheung, File

The former NBA star has fought a Chinese sportswear maker since 2012 over the name "Qiaodan," pronounced "CHEEOW-dan," the transliteration of "Jordan" in Mandarin.

Qiaodan Sports, a company based in southern China, had registered the trademark under which it was selling its own shoes and sportswear.

Jordan has been known by the Chinese characters for "Qiaodan" since he gained widespread popularity in the mid-1980s. He had previously argued unsuccessfully in Beijing courts that Qiaodan Sports had used his Chinese name, his old jersey number 23 and basketball player logo to make it look like he was associated with their brand.

The Supreme People's Court on Thursday announced that it was overturning two rulings by Beijing courts against Jordan from 2014 and 2015 that had found there wasn't sufficient evidence to support the athlete's allegations over the use of his image, and that "Qiaodan" was the translation of a common family name as the Chinese company claimed.

It also ordered the trademark bureau to issue a new ruling on the use of the Chinese characters in the brand name "Qiaodan," effectively awarding the trademark to Jordan. The company can continue to use the Romanized spelling of the name, however.

Chief judge Tao Kaiyuan said there was an established link between Jordan and the Chinese characters for "Qiaodan," which are commonly used by the public when referring to the former basketball player, meaning that Jordan was entitled to protection under the Trademark Law.

The court's judgment was shown live on its website.

Jordan said in a statement that millions of Chinese fans and consumers had always known him by the name Qiaodan and that he was happy the court recognized his right to protect his name.

"Chinese consumers deserve to know that Qiaodan Sports and its products have no connection to me. Nothing is more important than protecting your own name, and today's decision shows the importance of that principle," Jordan said.

In a statement after the ruling, the company defended its actions but said it would respect the court's decision.

In a twist in the legal saga, Qiaodan Sports successfully countersued Jordan in 2013 for preventing it from pursuing a stock market listing because of the trademark lawsuit.

The case reflects the difficulties faced by foreign individuals and companies in protecting their copyrights in China, where domestic firms have long taken a cavalier attitude toward intellectual property.

Numerous Chinese companies sell products with names that sound similar to well-known foreign brands, often with only one or two letters changed.

Chinese law protects foreign companies in cases where their brand was already famous in China before being registered by a Chinese firm seeking to capitalize on its notoriety.

However, Apple Inc. lost a legal battle earlier this year when a Beijing court ruled the company had failed to prove that iPhone was a famous brand in China before a Chinese company applied for the "iPhone" trademark in 2007. The Chinese company uses "iPhone" on its handbags and mobile phone cases.