President Obama has raised the possibility of a reroute of the oil pipeline. So, what does that mean?

BISMARCK, N.D. (AP) — President Barack Obama has raised the possibility of a reroute of the four-state Dakota Access oil pipeline in southern North Dakota to allay the concerns of American Indians and others who have demonstrated against the project for months. The president says the U.S. Army Corps of Engineers is examining alternatives but the agency has not disclosed them and a spokeswoman declined comment.

Some questions and answers about a possible reroute:

What's the Current Route, and What's the Problem?

The 1,172-mile, $3.8 billion pipeline being built by Dallas-based Energy Transfer Partners would carry oil from North Dakota through South Dakota and Iowa to a shipping point at Patoka, Illinois. It will skirt the Standing Rock Sioux Reservation that straddles the North Dakota-South Dakota border.

The Standing Rock Sioux object to the project, saying it could threaten drinking water and destroy sacred sites.

About 350 miles of the pipeline would pass through North Dakota at a cost of about $1.4 billion, making it the longest and most expensive leg of the project. It crosses the Missouri River twice and the Little Missouri once in North Dakota.

Construction of the pipeline is nearly done across North Dakota, with the exception of about a mile-long section across federal land and beneath Lake Oahe, a Missouri River reservoir. The company is still awaiting an easement from the U.S. Army Corps of Engineers to start work there.

Did the Company Look at Other Routes?

Yes. The company said in documents to North Dakota regulators that it considered other possible routes but none of them were considered a "viable alternative." The route picked in North Dakota parallels the existing Northern Border Pipeline, which crosses the Dakotas as it carries natural gas from Canada and the U.S. to the Chicago area.

The Dakota Access pipeline uses a nearly identical route as the natural gas pipeline to cross Lake Oahe near the Standing Rock reservation. The company did consider — but did not propose — deviating from the natural gas route, through a crossing of the Missouri River north of Bismarck, and about 50 miles upstream of the current location. But the Corps said in an environmental review that the crossing wasn't viable since it was more than 10 miles longer and required crossing more water, wetlands and real estate, and posed a potential threat to Bismarck's water supply.

Is the Tribe Opposed to Any Route?

Not necessarily. Standing Rock Sioux Chairman Dave Archambault has said that the tribe does not oppose oil pipelines if they do not threaten water sources, environmentally sensitive areas or sacred sites. He said a route that would follow existing west-east and north-south oil pipeline corridors that avoid Missouri River crossings would be acceptable to him.

What is the Company's Position?

The company warned in court documents months ago that a one-year delay in construction would mean $1.4 billion in lost revenue. On Wednesday, it said in a statement it's not aware of any plans for a new route in North Dakota, and it remains "confident we will receive our easement in a timely fashion."

The company has been confident of building the pipeline since it was first announced about two years ago and days after Republican Gov. Jack Dalrymple called on the industry and government officials to build more pipelines to keep pace with the state's oil production.

Energy Transfer Partners was so eager to build the pipeline that it began staging mountainous piles of steel pipe across the four-state route before it had gotten all necessary easements and regulatory approval from federal regulators, as well as those in North Dakota, South Dakota, Iowa and Illinois.

What is the Regulator's View?

North Dakota's Public Service Commission, a state regulatory agency with jurisdiction over everything from pipelines to auctioneers, doesn't like the idea of a reroute or going through the permit approval process again.

Chairwoman Julie Fedorchak said Wednesday she has "grave concerns" about requiring more regulatory hoops for "a company that has already completed the process and received the permits. I just don't think that's good public policy."

Commissioner Brian Kalk said the concerns of the Standing Rock Sioux are legitimate but "this is a very good route. If you're going to build a pipeline, this is as safe as it can be built." 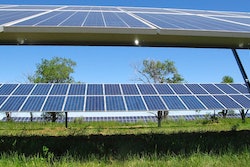 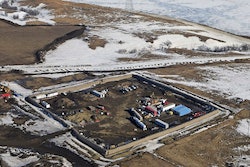 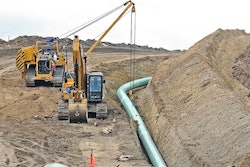