They also said they are investigating whether the company tried to boost profits by tweaking pill dosages and quantities to charge insurers and patients more for less medicine.

WASHINGTON (AP) — Two top lawmakers on Thursday demanded information from a drug company that has raised prices on a leukemia drug, calling increases of tens of thousands of dollars a sign the company puts profits before patients.

Sen. Bernie Sanders, I-Vt., and Rep. Elijah Cummings, D-Md., the top Democrat on the House Oversight and Government Reform Committee, wrote ARIAD Pharmaceuticals and asked about price hikes for Iclusig, which is used to treat chronic myeloid leukemia in some people. The company raised the cost of the drug four times in 2016 to an almost $200,000 yearly cost, an increase of more than $80,000 over the last several years.

"These outrageous sales tactics indicate that ARIAD is more concerned with its profit than with its patients," Sanders and Cummings wrote.

Sanders also tweeted about the company last week: "Drug corporations' greed is unbelievable. Ariad has raised the price of a leukemia drug to almost $199,000 a year."

Sanders and Cummings also said they are investigating whether the company tried to boost profits by tweaking pill dosages and quantities to charge insurers and patients more for less medicine.

The FDA approved Iclusig in 2012 as a treatment for two rare types of leukemia, but the company suspended sales the next October because of heightened concerns that patients could suffer from life-threatening blood clots. In December 2013, it relaunched with added warnings and to a smaller subset of patients.

The inquiry comes as other pharmaceutical companies have come under fire from Congress for price hikes.

Martin Shkreli, the brash former CEO of Turing Pharmaceuticals, became the poster child of pharmaceutical-industry greed last fall for hiking the price of a life-saving drug, Daraprim, by more than 5,000 percent. He invoked his Fifth Amendment rights and refused to answer any questions at a House hearing earlier this year.

In September, a House panel grilled Mylan CEO Heather Bresch after the list price of the company's life-saving EpiPens grew to $608 for a two-pack, an increase of more than 500 percent since 2007.

Mylan is paying $465 million to settle allegations that it overbilled Medicaid for the EpiPen. The settlement with the Justice Department followed the news that EpiPen has been incorrectly classified since late 1997 as a generic product under the Medicaid health program for the poor and disabled. 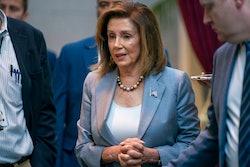 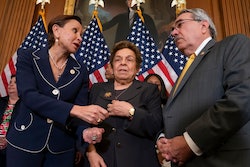 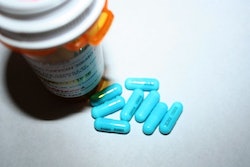