The acquisition of the cancer drug company will add a pricey late-stage prostate cancer treatment to its portfolio.

Pfizer will pay about $14 billion in cash for the cancer drug company Medivation, a deal that will add the pricey late-stage prostate cancer treatment Xtandi to its oncology portfolio.

The New York drugmaker said Monday that it will pay $81.50 per Medivation share. That's a 21 percent premium to the San Francisco biotech's Friday closing price of $67.19.

Medivation Inc. and the Japanese drugmaker Astellas Pharma jointly market Xtandi, with Astellas selling the drug outside the U.S.

Xtandi drew attention earlier this year from the public interest group Knowledge Economy International, which petitioned the National Institutes of Health to reduce the $129,000-a year list price for the advanced prostate cancer treatment. The government declined.

Knowledge Ecology and the Union for Affordable Cancer Treatment said the price on Xtandi, which amounts to $88.48 per pill, is two to four times the price in other wealthy countries.

The U.S. government covers much of the cost for Xtandi prescriptions filled under federal health programs such as Medicare, Medicaid and the Veterans Administration.

Medivation is a specialty drugmaker, focused on developing medicines for cancer and serious diseases with few treatment options. The drugmaker brought in $943 million in revenue last year.

Aside from Xtandi, Pfizer Inc. said Medivation also has a promising pipeline of cancer drugs in late-stage clinical development. That includes the potential breast cancer treatment talazoparib and a potential lymphoma drug. Researchers also are studying Xtandi as a possible treatment for earlier-stage prostate cancers.

The boards of both companies have approved the deal, which is targeted to close in the third or fourth quarter. Pfizer, which makes the erectile dysfunction treatment Viagra and fibromyalgia and pain treatment Lyrica, expects to finance it with existing cash.

The deal comes about three months after Medivation rejected a $9.3 billion takeover bid from the French drugmaker Sanofi, saying that offer, worth $52.50 per share, undervalued the company.

The Pfizer-Medivation deal is the third-largest health care combination proposed so far this year, according to Dealogic.

The Pfizer-Medivation deal also is much smaller than Pfizer's proposed, $160-billion combination with Ireland's Allergan, a plan the drugmakers scrapped after the Treasury Department issued new rules this spring aimed specially at blocking that deal. It was structured as a tax inversion, which means Pfizer's headquarters would move, on paper only, from New York to reduce the drugmaker's U.S. tax bill. 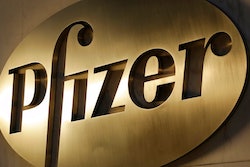 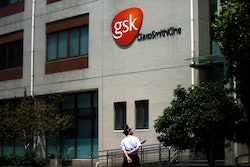 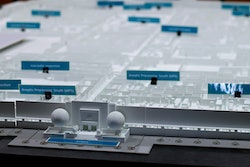