Linda Johnson
In this Nov. 23, 2015, file photo, the Pfizer logo is displayed at world headquarters in New York. Pfizer is buying Mylan in an all-stock deal and combining the generic pharmaceutical company with its off-patent branded and generic established medicines business.
AP Photo/Mark Lennihan, File

The two companies said Monday that they'll combine Mylan, a $10 billion company, with Pfizer's Upjohn, which sells household names from Viagra to cholesterol fighter Lipitor that have lost patent protection.

The deal, expected to close in the middle of next year, will have estimated annual revenue in excess of $19 billion with sales in more than 165 countries. The name for the new company has yet to be determined.

The two companies have worked together closely for years. Pfizer manufactures Mylan's EpiPen, an auto-injector used to halt life-threatening allergic reactions. Mylan was heavily criticized, and its CEO Heather Bresch was brought before Congress two years ago, to answer questions about the price of the EpiPen, which had jumped five-fold to $600 for two doses. EpiPens have been in short supply for more than a year because of quality problems and upgrades at a Pfizer factory.

Upjohn, the name of one of the companies Pfizer gobbled up during a spate of acquisitions in the 1990s and 2000s, sells off-patent and generic drugs that include the stars that drove Pfizer's growth: pain killers Celebrex and Lyrica, Norvasc for high blood pressure, Effexor for more heartburn and psychiatric drugs Xanax and Zoloft.

Shareholders of Pfizer Inc. will own 57% of the combined new company and Mylan shareholders will own 43%.

The deal Monday arrives at a precarious time for big drugmakers who are threatened by patent protection losses and lower-priced rivals.

The new company will be incorporated in Delaware and run operations in Pittsburgh, Shanghai and Hyderabad, India.

Upjohn is expected to be spun off or split off to Pfizer's shareholders and simultaneously combined with Mylan. Upjohn will issue $12 billion of debt at or prior to separation, with gross debt proceeds kept by Pfizer. The new company will have about$24.5 billion of total debt outstanding at closing. 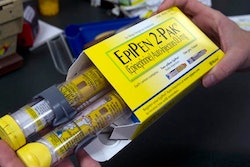 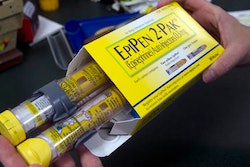 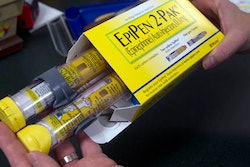