CSX said it reduced expenses by about $270 million and plans additional cuts. About 2,000 workers have been furloughed and 400 of the railroad's locomotives are parked. 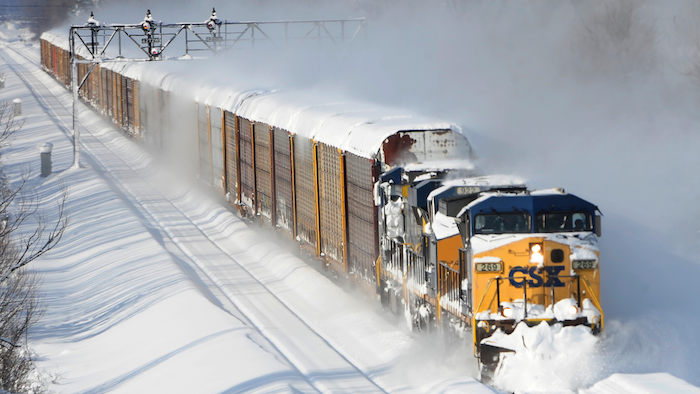 "I'm really pleased with how we responded," Chairman and CEO Michael Ward said.

CSX said it reduced expenses by about $270 million in the quarter, and plans additional cuts through the year. About 2,000 workers have been furloughed and about 400 of the railroad's locomotives are parked. CSX said coal demand remains anemic, and it expects to haul roughly 25 percent less coal this year. The strong U.S. dollar and weak commodity prices are hurting other shipments.

That's why CSX predicts its earnings and total volume will decline in 2016.

Earlier this week, Canadian Pacific railroad dropped its effort to acquire CSX's rival eastern railroad Norfolk Southern. Ward said that should end any speculation about major railroad mergers anytime soon. There's room for railroads to continue improving their operations without merging, especially because there is little overlap in tracks among the major railroads, Ward said.

"There's not even a lot of economic sense to it," said Ward, who twice rebuffed Canadian Pacific's efforts to initiate merger talks with his railroad in the last 18 months. No major railroad mergers have been approved since the federal Surface Transportation Board adopted tough rules for them in 2001.