Currently, the best known source of the heavy rare earths is in South China, but those resources are expected to be exhausted within 20 years. 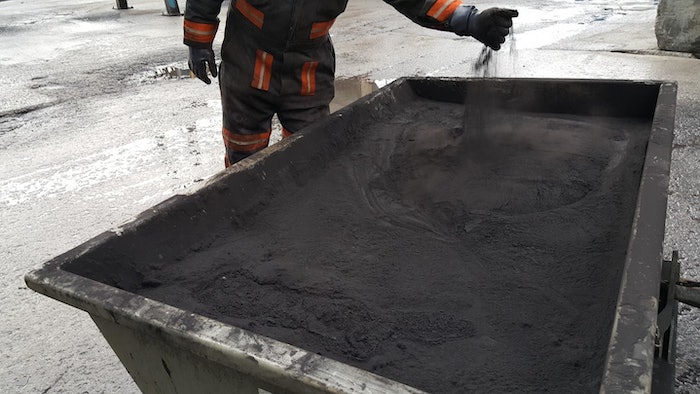 With supplies growing scarce of essential materials needed to make products ranging from smart phones to windmills, Virginia Tech researchers are working with academic and industry partners in a $1 million pilot project to recover rare earth elements from coal.

Funded in part by a U.S. Department of Energy National Energy Technology Laboratory grant, Virginia Tech engineers will test HHS technology, a patented process that takes advantage of properties of water-friendly and water-repellent materials to extract rare earth elements from coal waste, according to Roe-Hoan Yoon, a University Distinguished Professor and the Nicholas T. Camicia Professor of Mining and Materials Engineering.

The effort is led by principal investigator Rick Honaker, a professor and chair of the University of Kentucky's Department of Engineering, who received his undergraduate and graduate engineering degrees at Virginia Tech. Researchers from West Virginia University and representatives from five corporate partners are also part of the team.

The best known source of the heavy rare earths is the clay from the Jiangxi Province, South China. But those resources are expected to be exhausted within 20 years, while recent studies showed that coal may be an excellent source of higher value heavy rare earth elements.

"The majority of rare earths is produced in China as byproducts," said Yoon, who is the director of the Center for Advanced Separation Technologies at Virginia Tech. "With the recent closure of the rare earth mine in California, the U.S. relies more heavily on imports. It will be good for the country if we can develop an advanced separation technology to extract the critical materials from coal as byproducts, particularly the high-value rare earths essential for advanced manufacturing industries."

"Domestic supply of rare earth materials is critical for the U.S. manufacturing industry," said U.S. Rep. Morgan Griffith, who represents Virginia's 9th district in the U.S. House of Representatives. "As the nation moves toward electric-drive vehicles, wind farming, and other sustainable energy measures, it is important to develop a reliable source of essential materials. In addition, we will develop new, cleaner applications for coal and coal byproducts to revitalize the mining industry."

The U.S. has 10.9 million tons of rare earth resources in coal deposits located in just five western and four eastern states, including Kentucky, West Virginia and Virginia, according to the U.S. Geological Survey Coal Quality Database.

Gerald Luttrell, the E. Morgan Massey Professor of Mining and Materials Engineering, will work with Yoon to execute Virginia Tech's part in the project, which involves a patented process called hydrophobic-hydrophilic separation (HHS).

If the currently funded Phase I project is successful, researchers will seek $6 million in Phase II funding that will involve construction and testing of a mobile facility to be tested at different coal cleaning facilities in the central Appalachian coal field.