Manufacturing has been feeling the effects of the stronger dollar, which hurts U.S. export sales, and weakening global activity in Europe and China. Manufacturers also complained about cutbacks in demand coming from weakness in the energy sector. 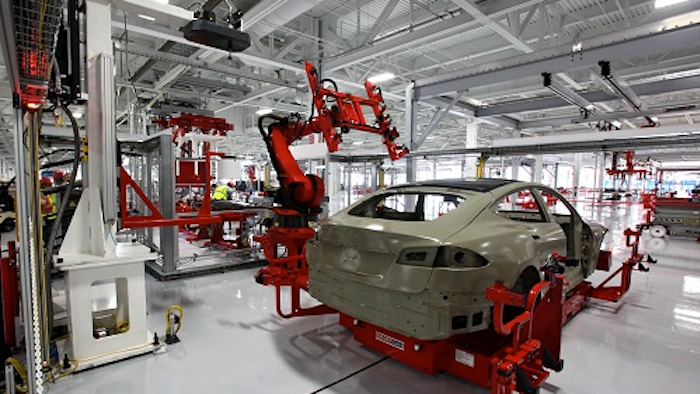 WASHINGTON (AP) — The economy was expanding in most of the country in January and February, helped by gains in consumer spending and home sales. But there were also rising headwinds from falling oil prices and a strong dollar that held back some sectors, the Federal Reserve said Wednesday.

The Fed's latest survey of business conditions in its 12 regions found moderate gains in most regions. Two areas — New York and Dallas — described activity as flat. Kansas City, a region hurt by weakness in energy and farming, reported a modest decline.

The Fed survey, known as the 'Beige Book,' will be discussed at the central bank's next meeting on March 16-17. Most economists expect the Fed to leave a key interest rate unchanged.

The Fed survey found that while consumer inflation was holding steady, wage growth varied considerably from flat to strong. The central bank is hoping that rising employment will boost pay, which has lagged since this recovery began in mid-2009. And Fed officials believe that rising wages will help lift inflation closer to the Fed's target of prices increases around 2 percent per year. Inflation has been running below that level for the post three years.

Economists said the findings in the Fed survey supported their view that the economy is avoiding a recession despite the turbulence.

"Trade and energy remain the most significant drags on growth but the positives for the economy are more than enough to offset these," said Stuart Hoffman, chief economist at PNC Financial Services. "Consumer spending, the housing market and commercial construction continue to lead growth in early 2016."

The Fed's survey found that manufacturing was feeling the effects of the stronger dollar, which hurts U.S. export sales, and weakening global activity in key U.S. markets such as Europe and China. Manufacturers also complained about cutbacks in demand coming from weakness in the energy sector.

The Fed approved its first rate hike in nearly a decade at its December meeting, choosing instead to wait and see how global market turbulence at the beginning of the year and weaker U.S. exports affect the overall economy. Many analysts believe the Fed will boost rates only twice this year and will not move until June.

The Fed survey was based on information collected before Feb. 22.