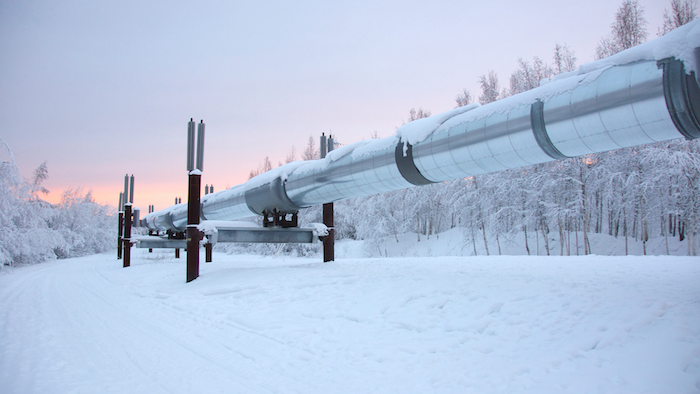 (AP) — Alaska Governor Bill Walker said Wednesday that the state and its partners will look at different options for moving forward amid low oil prices. The group is working on a proposed mega-gas project. More details are expected in early March, Walker's office said.

In a letter last month to officials with project partners BP, ConocoPhillips and Exxon Mobil, Walker said he wanted agreements reached on eight areas before the end of the regular legislative session, which concludes in mid-April. The administration had been targeting a spring special session for lawmakers to consider contracts and a constitutional amendment to support long-term tax and royalty terms sought by the companies.

But the parties have said talks are difficult. Lawmakers also have heard from the companies about the challenges in the current price environment.

On Tuesday, state Revenue Commissioner Randall Hoffbeck said it doesn't appear that contracts will be in place in time for lawmakers to be able to review them and get a constitutional amendment on the ballot this fall, though he said it's possible something could break in the next few weeks that could allow that to happen. The next soonest a constitutional amendment could appear on the ballot is 2018.

Walker said that since he sent the letter, the parties are discussing how to move the project ahead amid low oil prices. That involves looking at ways to bring down the costs, keep up the momentum and make a project economically viable, he said. In going through the process, some of the issues detailed in the letter may not be as critical as they were in terms of timing, he said.

During a news conference with company representatives Wednesday, Walker said the good news is that the parties are motivated to develop and make money off North Slope gas. The project is on track for concluding the current preliminary engineering and design phase this fall, he said. Then, the parties would have to decide whether they want to move to the next stage.