The new company will have its operational headquarters for the U.S. in Milwaukee, but its legal domicile, which could have tax implications, will be in Ireland.

Johnson Controls and Tyco will join in a $3.9 billion deal as the unprecedented pace of buyouts and mergers from last year rolls over into 2016.

Shareholders of Johnson Controls Inc., based in Milwaukee, will own about 56 percent of the new company, which would have a combined value of about $36 billon.

But the global headquarters will be in Cork, Ireland, where Tyco is based. Tyco International Plc has its U.S. headquarters in Princeton, New Jersey.

The new company, named Johnson Controls Plc, will have its operational headquarters for the U.S. in Milwaukee.

Its legal domicile, which could have tax implications, will be in Ireland.

The deal also suggests that the unprecedented appetite for buyouts and acquisitions last year has not been suppressed by the extreme market volatility that kicked off 2016.

In 2015, U.S. companies embarked on deals worth a total of nearly $4.8 trillion, busting a record set in 2007, according to Dealogic. The number of mega-mergers worth $10 billion or more also set a record.

The shares of both companies have been under pressure, falling more than 25 percent in the past 52 weeks over concerns about growth potential. 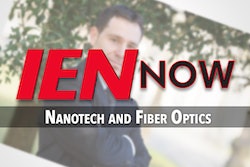