Iran is aiming to increase its oil production after sanctions were lifted. 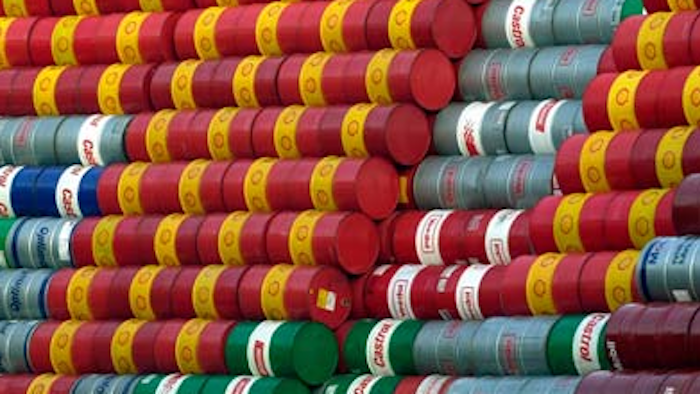 (AP) — Iran is aiming to increase its oil production by 500,000 barrels per day now that sanctions have been lifted under a landmark nuclear deal with world powers, a top official said.

In comments posted on the Oil Ministry's website Monday, Deputy Oil Minister Roknoddin Javadi said Iran is determined to retake its share of the oil market, which plunged after crippling sanctions were imposed in 2012.

The U.N. nuclear agency certified Saturday that Iran has met all its commitments under last summer's agreement, prompting the lifting of a broad range of economic sanctions, including those covering the oil industry. Other sanctions unrelated to Iran's nuclear program remain in place.

"In the wake of removal of sanctions, Iran is prepared to increase its crude output by 500,000 barrels per day. Today, a government order was issued to increase production," Javadi said, adding that it will take a year to return to pre-sanctions production levels.

Oil prices have recently plummeted to under $30 a barrel, the lowest in 13 years. Javadi said an oversupply of some 2 million barrels a day is to blame. Barclays analysts Alia Moubayed and Michael Cohen wrote in a research note to investors that the anticipated ramp-up in Iranian production comes "at a very bad time" for the oil market given the existing pressure on prices.

"It is too early to say what kind of market impact Iran's return will have or how much of Iran's return is already priced in," they wrote. "Our view is that Iranian wellhead production and sales from existing onshore and offshore storage will surprise the market initially, as the country shows its muscle, leading to downward price pressure," they added.

They estimate that Iran already has some 46 million barrels of petroleum pumped and stored offshore and another 30-40 million barrels reportedly in storage on land. They expect it will try to quickly reclaim lost market share in Europe, but getting additional sales out of customers such as India and China could prove trickier.

Iran has vowed to boost crude exports and retake its market share even if prices fall further, saying fellow OPEC members exporting more oil than their quota are should be blamed. Iran's regional rival Saudi Arabia is OPEC's largest producer. Iran unveiled a new model of oil contracts in November aimed at attracting foreign investment in anticipation of the lifting of sanctions.

Iran has sweetened the terms of the new model, hoping to bring in $30 billion in new investment. The new contracts last 15 to 20 years and allow for the full recovery of costs. The older buyback model contracts were shorter term, and investors complained of heavy risks and suffering losses.