How to Buy an American Car

If you don't want to pore over window stickers one by one to find the most American cars, here's a helpful list from car-buying website Edmunds.

Carroll Lachnit
This photo provided by Honda shows the 2017 Honda Pilot, which ranks No. 9 in the Made in America Auto Index and is an Edmunds pick for a crossover. The Pilot has 78.5 percent domestic content and is built in Lincoln, Ala.
Courtesy of American Honda Motor Co. Inc. via AP

"Buy American" is a slogan that's getting a lot of attention lately, but it can be tough to put into practice when you're car shopping.

A U.S.-built 2017 Chevrolet Colorado with a diesel engine and a manual transmission might sound American through and through. But in that configuration, the Colorado is a worldly truck. The diesel engine is built in Thailand, and the transmission is made in Brazil. In other words, a U.S. automaker's badge isn't a sure marker of an American car.

American content in cars has been falling for several years, says Frank DuBois, a global supply chain expert and a professor at the Kogod School of Business at American University. DuBois is the creator of the Made in America Auto Index , which since 2013 has ranked automotive "American-ness" in a time of increasingly globalized car-making.

In 2013, the 30 most American vehicles in the index had an average of 77 percent "domestic" content (meaning from the U.S. and Canada; the U.S. labeling law doesn't consider Mexico a domestic source). By 2017, that figure had fallen to 72.5 percent.

If you don't want to pore over window stickers one by one to find the most American cars, here's a helpful list from car-buying website Edmunds: 10 excellent vehicles that all are U.S.-built, with significant domestic content. Half are from U.S.-based carmakers. The rest are from carmakers that are based in Japan and build cars in the U.S.

Edmunds began the list with its 2017 New Car Buying Guides , which highlight its reviewers' top picks by vehicle type. Then Edmunds put those selections through the Made in America Auto Index. It ranks vehicles based on seven factors, including:

— Where the car was built.

— Where the manufacturer is headquartered.

— Where research and development take place.

— Where the engine is built.

— Where the transmission is built.

— Where the body, chassis and electrical components are made.

A rank of 1 is the highest possible for a vehicle. If you're shopping for a 2018 car, you'll have to wait several months for rankings. DuBois can't start work on the next index until later this year, when carmakers report vehicle content to the National Highway Traffic Safety Administration.

Made in America Auto Index rank: 3

The 2017 Chevrolet Corvette is a unique slice of Americana that can compete on the world stage. This rank is for the Corvette with an automatic transmission. The manual transmissions for this car come from Mexico, and cars so equipped come in at 14 in the index.

Made in America Auto Index rank: 12

The 2017 Ford Mustang is civilized and packed with modern tech, but it holds on to the American swagger that has defined it for 50 years. This rank is for the Mustang with an automatic transmission. The manual transmissions for the car come from Mexico or China and cars with them rank 20 in the index.

The 2017 Honda Pilot has lots of space, a versatile interior and even a bit of off-road capability, which makes it a great all-around family vehicle.

Made in America Auto Index rank: 30

The Chevrolet Volt is a five-seat hatchback sedan that also happens to be a plug-in hybrid, capable of going more than 50 miles on all-electric power before switching to gas.

This stylish 2017 Acura crossover is an Edmunds favorite, thanks to its fuel-efficient and powerful V6, comfortable interior and long list of standard features.

Made in America Auto Index rank: 12

Few minivans are better than the 2017 Honda Odyssey when it comes to ample space for passengers and luggage and kid-friendly features.

The 2017 Toyota Camry is a midsize sedan that offers a spacious interior, a refined ride quality, and all the safety features you expect in a family car.

Made in America Auto Index rank: 5

The 2017 Ford Expedition is one of our top recommendations for a full-size SUV, thanks to its massive interior, composed ride and substantial towing capability.

Made in America Auto Index rank: 2

Perennially the best-selling vehicle in the U.S., the F-150 has a diverse lineup of features, packages, engines and bed configurations to suit the needs of just about any kind of truck buyer.

Made in America Auto Index rank: 48

The Outback is a midsize wagon with standard all-wheel drive and optional high-tech safety features that make it a great all-weather family vehicle.

EDMUNDS SAYS: The definition of an "American car" has become harder to pin down over the years, but we have some guidelines that will help you figure out the true origin of some top picks in their class. 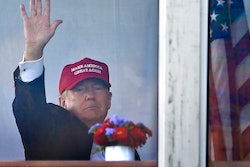 'Made in America Week' 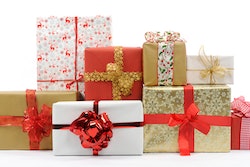 Deck the Halls with Made in America