Electric vehicles could take a bite out of the oil market.

When will cars powered by gas-guzzling internal combustion engines become obsolete? Not as soon as it seems, even with the latest automotive news out of Europe.

First, Volvo announced it would begin to phase out the production of cars that run solely on gasoline or diesel by 2019 by only releasing new models that are electric or plug-in hybrids. Then, France and the U.K. declared they would ban sales of gas and diesel-powered cars by 2040. Underscoring this trend is data from Norway, as electric models amounted to 42 percent of Norwegian new car sales in June.

European demand for oil to propel its passenger vehicles has been falling for years. Many experts expect a sharper decline in the years ahead as the shift toward electric vehicles spreads across the world. And that raises questions about whether surging electric vehicle sales will ultimately cause the global oil market, which has grown on average by 1 to 2 percent a year for decades and now totals 96 million barrels per day, to decline after hitting a ceiling.

Energy experts call this concept “peak oil demand.” We are debating when and if this will occur.

The International Energy Agency (IEA), which represents 29 oil-importing industrial countries, produces bellwether forecasts that foresee electric cars phasing in slowly. Its baseline projection envisions 150 million electric vehicles on the world’s roads by 2030, or about 10 percent of all passenger vehicles at that point. In comparison, only two million electric vehicles are operating today – 0.2 percent of the 1.2 billion on the road. The IEA estimates this shift will save nearly two million barrels per day of oil, relative to its business-as-usual projection of the world using at least 70 million barrels of oil per day for transportation by 2040. That consumption level would mark a 30 percent increase from roughly 54 million barrels now.

If electric vehicles sales grow faster than the IEA expects, that projection might miss the mark. Should that happen, would global oil demand flatten or decline?

Our research at the Institute of Transportation Studies at the University of California, Davis shows that encouraging electric vehicle purchases is just one way policymakers can help phase out oil consumption – one key to reducing the greenhouse gas emissions that stoke climate change and health-threatening pollution.

Given the dominance of internal combustion engine passenger vehicles, which include cars, SUVs and light trucks, replacing them all with electric models will take decades. Automobiles are durable goods that typically remain on the road for 10 to 15 years. Not all drivers will buy a new car, let alone an electric one, soon.

In other words, even if (hypothetically) all new car sales were to instantly turn electric, it would likely be sometime after 2030 before gasoline cars would disappear. Besides, passenger vehicles consume only about 26 percent of the oil used worldwide. Given these stubborn realities and the fact that electric vehicles still represent a tiny portion of new-car sales, reaching a peak in oil demand by 2040 would require more than widespread conversion to electric-powered cars.

But together with other trends taking shape, electric vehicle growth could potentially revolutionize transportation enough for oil consumption to stop growing within this time frame.

Even if all of Europe mandated that only plug-in vehicles could be sold, starting in 2030, and China followed suit by 2035, that wouldn’t bring about peak oil demand by 2040. According to our research, global oil consumption would keep growing until as late as 2050, in part because so many cars and trucks running on gasoline and diesel – especially in developing countries – will remain in use.

To see if oil demand could still peak by the middle of this century, if not sooner, we recently began preliminary research modeling the effect of urban sustainability policies on oil demand in the future. This is an important area of analysis since U.S. mayors and municipal leaders from around the world reaffirmed their commitment to climate-change action after President Donald Trump decided to back out of the Paris climate accord.

We found that making more car-free pedestrian areas in big cities would make a huge dent in global oil demand. This practice – already common in cities like Copenhagen and Madrid in Europe and Chendu, China – could make oil demand max out by 2030, as long as enough governments aggressively encouraged drivers to switch to electric cars and mandated more fuel efficiency for road-based freight.

Trucks don’t last as long as cars, and many countries are considering policies to encourage the use of natural gas, hydrogen or electric vehicles for heavy-duty trucking.

Commercial ride-sharing might also pare oil demand by reducing the number of miles driven overall if it encourages carpooling. This industry could, in addition, hasten the shift to electric vehicle dominance if – as widely reported – it begins to rely on a fleet of autonomous (driverless) vehicles, which would predominantly be electric.

But ride-sharing could fail to reduce fuel demand in the short term if people wind up taking more trips and traveling more miles in passenger cars and relying less on the bus, transit or city train than they used to. Some research suggests that could be happening. For example, scholars at University of California, Berkeley found that a third of the riders they surveyed in San Francisco used these services instead of public transportation – not to replace trips in taxis or their own cars.

In short, there is no guarantee that more ride-sharing means we’ll burn less oil.

What Cities Can Do

In another study, our team at UC Davis teamed up with the Institute for Transportation and Development Policy, an independent global nonprofit, and modeled three urban transportation policy scenarios. We found that global new vehicle sales in 2040 will total between 600 million, if ride-sharing and transit flourish, and 2.1 billion vehicles, should the ride-sharing industry stall – a huge difference.

Metropolitan policymakers can use other tools. Creating car-free zones, making parking expensive and levying congestion taxes and road usage fees are some examples.

Overall, we believe there is a reasonable chance global oil consumption will peak by 2040. Especially given the growing preference of city dwellers to live in places with less congestion and pollution, a shift away from cars with internal combustion engines – and from cars in general – looks not only likely but inevitable. It also seems fairly likely that any company betting on the continued growth of oil sales will be disappointed.

Goldman Sachs says the world could pass this milestone sooner. Researchers at the U.S. investment powerhouse predict that with widespread reliance on electric cars, slower economic growth and a decline in (largely petrochemical-based) plastic production, global oil demand could max out by 2030.

However long it takes, shifting to electric vehicles might not make oil demand level off or decline on its own. But plug-in vehicles, combined with other policies, trends and technologies, will clearly take a toll. 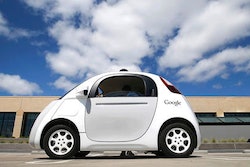 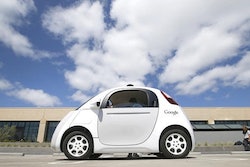