Here's a rundown of companies that are working together.

Uber announced Thursday that it will partner with Volvo to make autonomous vehicles. The tie-up is the latest between automakers and tech companies hoping to speed driverless cars to market. Here's a rundown of who's working with whom:

Ride-hailing company Uber Technologies and Volvo Cars signed a $300 million deal for Volvo to provide SUVs to Uber for autonomous vehicle research. The Volvo SUVs will be part of Uber's self-driving fleet of taxis in Pittsburgh.

Both companies will continue to develop autonomous vehicles separately. Uber also is buying Otto, a startup that has developed software that lets big rigs drive autonomously. Earlier this year, Toyota Motor Corp. bought a small stake in Uber for an undisclosed amount.

General Motors Co. invested $500 million in Uber rival Lyft Inc. earlier this year. The companies are developing a fleet of autonomous electric taxis that could be deployed through Lyft within the next year. GM also acquired Cruise Automation, a startup that makes autonomous vehicle software, for $581 million.

Chinese ride-hailing company Didi Chuxing invested $100 million in Lyft last fall. The partnership allows U.S. customers use the Lyft app to hail Didi rides while in China and vice versa. Uber recently complicated that deal by selling its China business to Didi in exchange for an 18-percent stake in the Chinese company. And there's another wrinkle: Apple Inc., which is believed to be working on its own autonomous cars, invested $1 billion in Didi in May.

Alphabet Inc.'s Google, which has been working on self-driving cars since 2009, is working with Fiat Chrysler Automobiles to build 100 self-driving Chrysler Pacifica minivans. The vans will let Google double the size of its autonomous test fleet.

Volkswagen AG invested $300 million in Uber competitor Gett Inc. in May. Gett said it would provide Volkswagen with the technology to expand beyond car ownership and into ride- and car-sharing.

BMW AG, Intel Corp. and Israel's Mobileye NV are teaming up to build and commercialize driverless cars. The companies say they could have autonomous vehicles in production by 2021.

BMW's iNext electric sedan will serve as the platform for the technology. Intel makes the computer processors necessary to operate self-driving cars, while Mobileye makes advanced camera systems. The vehicles would likely be used by ride-sharing fleets.

Ford Motor Co. is aiming to have fully self-driving cars — with no steering wheels or pedals — in ride-sharing fleets by 2021. Ford and Chinese search engine company Baidu Inc. — which has also invested in Uber — are investing $150 million in Velodyne, which makes the laser sensors that help guide self-driving cars.

Under a five-year partnership, researchers from Nissan and NASA are working on autonomous driving systems and human-machine interface projects with software that can be used on both cars and planetary rovers. Nissan hopes to have self-driving cars on the road by 2020. 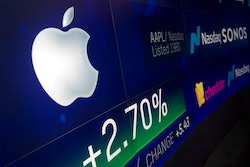 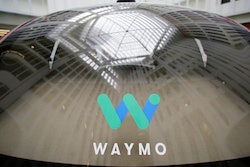 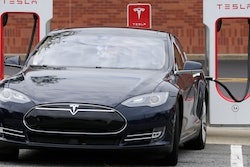 When Gas-Guzzlers Will Become Obsolete