He had retired from the company, but chose to return to work.

A 75-year-old worker died last Thursday after an accident at The Rose Corporation in Reading, PA.

Local authorities say that Wilfred Santiago died after he was pinned between a wall and a large turntable from a vertical turning and boring machine.

The incident happened around 10 a.m. when Santiago became entrapped in the machine. He died before emergency personnel arrived.

According to a local report, Santiago had already retired from the company, but chose to return to work.

In a statement from the company, a spokesperson acknowledged Santiago's passing and stated that it was cooperating with the investigation. OSHA has investigators at the scene.

According to the company's website, Rose Corporation is a contract manufacturer and industrial fabricator that specializes in large components and subassemblies across multiple industries. 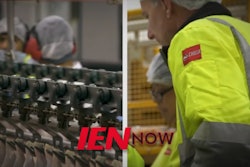 Man Dies Under 'Avalanche’ of Salt