One employee suffered a shattered jaw and a concussion after being hit by a moving piece of machinery.

This week, Felker Brothers, a steel pipe and tube manufacturer based out of Wisconsin, was hit with $110,458 in fines from the Department of Labor's Occupational Safety and Health Administration (OSHA).

OSHA found 13 serious safety and health violations at the company's facility, including exposure to excessive levels of hexavalent chromium. According to the inspectors, at least one employee, a grinder operator, was exposed to high levels of the chemical compound, and another employee suffered a shattered jaw and a concussion after being hit by a moving piece of machinery.

The operator was exposed to hexavalent chromium at levels 1.78 percent higher than the permissible exposure limit. The injured worker was hospitalized after he was struck by the machinery. OSHA found a lack of machine safety procedures, including failing to adequately anchor equipment to the floor.

"Workplace safety is Felker Brothers' number one priority. The Company does not agree with OSHA's citation. The company is currently exploring its options, and has scheduled a meeting with OSHA to discuss why it disagrees with the Citation as issued.”

OSHA also found that the company used damaged cranes; altered forklifts; and allowed combustible materials to be stored within 35 feet of welding and hot work. 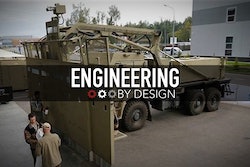