Honey, Why is Our Water Pink?

Residents in a small Canadian town awoke to sinks and tubs filling with fuchsia-colored water flowing from their faucets.

Although I’ve never ventured far enough north to visit Onoway in central Alberta, Canada, I’m guessing there are a number of day-to-day differences that come with living in the 1,000-resident town - like a weather forecast that describes a recent March day with an average temperature of -7 degrees F as “fair”.

That said, it is reassuring to see that bright pink water flowing from faucets is universally viewed as strange.

Earlier this week, Onoway residents experienced both, and while they’re used to the cool temperatures, fuchsia-colored water filling their sinks and tubs did generate some concerns.

It turns out there was little risk to area residents, as the color stemmed from water treatment plant valves that were left open during line flushing and filter backwashing. This allowed potassium permanganate to get into the sump reservoir.

The reservoir was immediately drained, but some of the chemical still made it into the distribution system.

The town reassured its citizens that although it is understandably odd to experience water running like wine, the chemical, also known as potassium salt, is regularly used throughout Canada and the U.S. to help remove iron, manganese and hydrogen sulphide (that rotten egg smell) from well water and waste water.

They were in no danger and at no time was their health at risk.

Permanganate is a strong oxidizer similar to chlorine. So in addition to treating water, it’s also used in a number of antiseptics to help prevent infection and is part of a new solution that could help rid invasive marine organisms from bodies of fresh water. 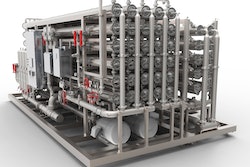 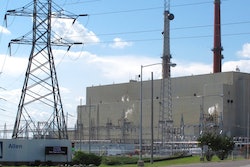