The Most Dangerous Car in North America

With zero stars in crash tests, this car has the highest fatality score of any vehicle sold in Mexico.

While it’s common for vehicle manufacturers to tweak their offerings to better mesh with cultural or economic differences around the globe, the Nissan Tsura takes this concept to an unmatched level.

Originally born as the Nissan Sentra B-13 in 1991, the Tsura, which is Japanese for crane, has remained largely unchanged for the Mexican marketplace over the last 25 years. And while one might be able to appreciate certain dynamics of time-tested engineering, the reality is that what this vehicle has preserved in cost, it has yielded in safety.

A recent study by the Latin New Car Assessment Program showed the Tsuru with zero stars in crash tests. The study said that "for most of the years analyzed, the Nissan Tsuru experienced the highest fatality score of any vehicle sold in Mexico.”

Tragically, the combination of no standard air bags and Mexico’s historically lax auto regulations resulted in 4,102 people dying in Tsurus between 2007 and 2012 in Mexico.

So how could this vehicle still be on the road?

Well, the 1.6-liter engines are very fuel efficient, and you can own a new one for less $9,000. Additionally, Mexico gets very few cars made specifically for its market. So when it was decided to continue the Tsuru with some Mexico-specific tweaks, it became the most popular car in the country. From 1997 through 2011 more Tsurus were sold in Mexico than any other vehicle.

Ironically enough it was knocked off this mantle by the Volkswagen Jetta – a car with a 5-star safety rating.

According to a report from the Associated Press, Nissan's Mexican subsidiary is defending a call to disband the car, which is still made and sold in Mexico. However, those calls may go unanswered, as the Nissan Global website states that the Tsuru “… has earned the title of ‘The True Mexican Car’, with its excellent quality, durability and reliability.”

On the other hand, David Ward, secretary general of the British-based Global New Car Assessment Program states, "Nissan should do the right thing and withdraw from sale of this sub-standard and unsafe model."

After Mexico, Mr. Ward might want to take a look in Africa and the Middle East, where Tsurus are being sold without power steering or catalytic converters and a downgraded braking system. 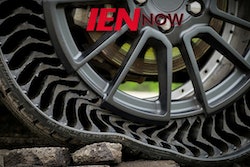