Lagging sales may be to blame for the Beetle's departure.

The company says it will offer two special editions of the car before they officially shut down the line in July 2019. The exclusive versions will be available in Safari Uni (beige) and Stonewashed Blue (light blue).

The cars are assembled at VW's factory in Puebla, Mexico. The special edition models are inspired by the first-generation Beetle’s final run in Mexico. The 2003 Última Edición (last edition) models were only available in two colors—beige and light blue.

The Beetle has been around since 1938 when it was introduced in Germany. The car landed on U.S. soil in January 1949 and was sold for 30 years until 1979. After nearly two decades of a Beetle-less existence, the Beetle dark ages, VW introduced the New Beetle in 1997.

In my opinion, there is zero chance that the VW Beetle is gone for good. After all, the company just brought back an electric version of the VW Bus (now called the I.D. BUZZ), however, it won’t be available until 2022.

Hinrich J. Woebcken, President and CEO of Volkswagen Group of America said, “The loss of the Beetle after three generations, over nearly seven decades, will evoke a host of emotions from the Beetle’s many devoted fans.”

As to whether or not we’ll see the Beetle reappear, in one form or another, Woebcken said, “Never say never” in the press release. 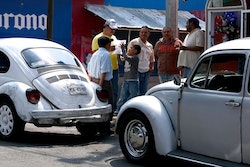 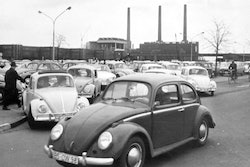