Residents in the vicinity were urged to close their windows because of the billowing smoke. 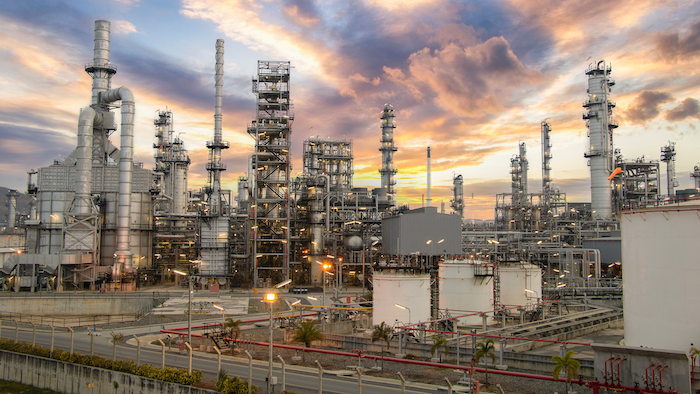 Plumes of black smoke could be seen rising from the Navodari Petromidia plant next to the Black Sea.
iStock

BUCHAREST (AP) — An explosion at Romania's largest oil refinery outside the port city of Constanta on Friday killed one person and injured at least four, authorities said.

Plumes of black smoke could be seen rising from the Navodari Petromidia plant next to the Black Sea, as emergency services airlifted the injured people away for treatment, according to officials.

The refinery operator, Rompetrol Rafinare, said the blaze was later “isolated and stabilized.”

"Internal and external teams are making efforts to put it out in the shortest time,” the company said in a social media post.

The cause of the blast was not immediately clear. An Interior Ministry statement urged residents at the nearby town of Navodari and other areas in the vicinity to close their windows because of the billowing smoke.

"The direction of the smoke is in the opposite direction to the beach and the city — which is why the citizens are safe,” the ministry statement said. “However, we ask the population to take protective measures by closing (their) windows.”

The head of Romania’s Environmental Guard, the government environmental protection agency, told The Associated Press that the environmental fallout from the incident is being monitored.

“We don’t have proper data right now,” Berceanu told the AP. "The smoke is going offshore, and some ... is going to the beach but it’s not populated there.”

The oil refinery is about 20 kilometers (12.5 miles) from Constanta.