Officials blamed a lack of transmission capacity combined with heat strain on equipment. 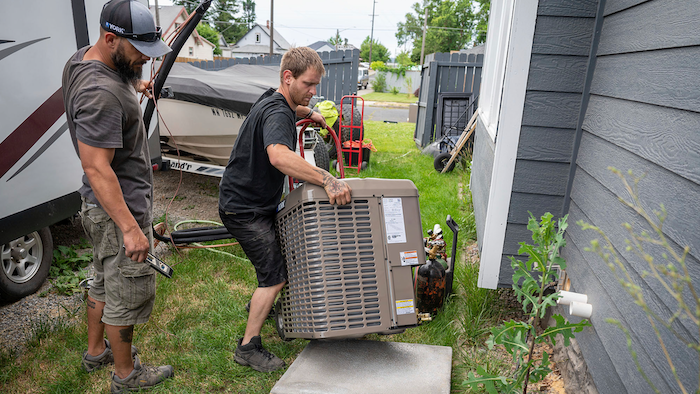 And there was plenty of power available for customers in Spokane despite increased demand. That's in contrast to the blackouts imposed in Texas last winter amid freezing temperatures, when there wasn't enough electricity to meet the demand, and during a hot spell in California last summer.

In Spokane, Avita Utilities officials blamed lack of transmission capacity combined with heat strain on equipment for their decision to impose the blackouts as the city's 217,000 people endured sweltering heat that hit a record of 109 degrees Fahrenheit (42.8 Celsius) on Tuesday.

Some people in the city never had their power cut while those unlucky enough to live in neighborhoods with equipment affected by the heat were targeted with blackouts that hit some repeatedly, said Heather Rosentrater, Avista’s senior vice president for energy delivery.

“We haven’t been able to spread where those outages are occurring across different customers,” she said.

On Monday, the high heat and high demand for power caused transformers to heat up, creating a danger of explosions and problems were detected at four substation transformers, Rosentrater said.

“Two of them were alerted based on that temperature alarm. That would be a signal that it was based on age, that it wasn’t able to meet the run at the capacity it was rated for,” Rosentrater said.

One of the substations impacted was in the midst of a rebuild process that takes several years, said Avista spokeswoman Casey Fielder.

Heat is suspected as the cause of death for three people in Spokane, though details of the deaths have not been made public. Officials have said that heat is probably to blame for the deaths of hundreds more in the Canadian province of British Columbia, elsewhere in Washington state and in Oregon.

The heat wave that enveloped the regions last weekend was caused by what meteorologists described as a dome of high pressure over the Northwest and worsened by human-caused climate change, which is making such extreme weather events more likely and more intense.

Seattle, Portland and many other cities shattered all-time heat records, with temperatures in some places reaching above 115 degrees Fahrenheit (46 Celsius).

The Spokane outages affected 24,000 Avista customers on Monday, with as many as 9,300 without power at the same time. The number of customers notified that they could face blackouts was 22,000 on Tuesday and 5,800 on Wednesday — though smaller numbers actually had their power cut those days.

Lower temperatures on Thursday and conservation by customers prompted Avista to announce that no outages were expected. Avista asked customers to continue conserving energy as temperatures over 100 degrees Fahrenheit (37.8 Celsius) are forecast through the end of the week.