It has been off-limits due to radiation since the Fukushima nuclear disaster nine years ago. 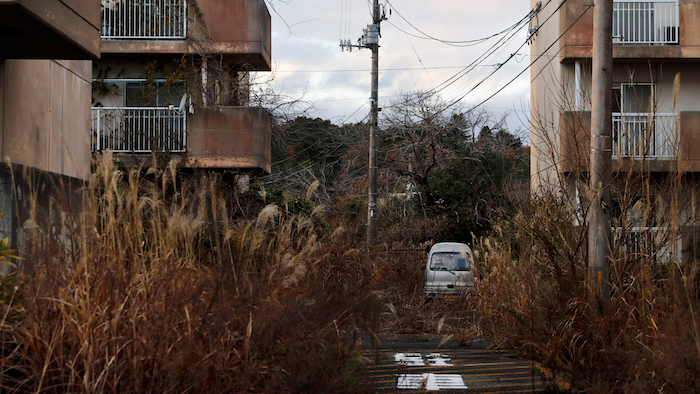 TOKYO (AP) — Japan's government on Wednesday opened part of the last town that had been off-limits due to radiation since the Fukushima nuclear disaster nine years ago, in a symbolic move showing the region's recovery ahead of the Tokyo Olympics.

All 7,000 people in the town of Futaba were forced to evacuate when three reactors at a nearby nuclear plant melted down after being damaged by a magnitude 9. 0 earthquake and tsunami on March 11, 2011.

The partial lifting of the entry ban comes weeks before the Olympic torch procession starts in another town in Fukushima. The torch could also pass through Futaba, about 4 kilometers (2.4 miles) from the wrecked nuclear plant.

Unrestricted access, however, is only being allowed in a 2.4-square kilometer (less than 1 square-mile) area near the main Futaba train station, which will reopen later this month to connect the town with the rest of the region for the first time since the accident. Access to the vast majority of Futaba is only allowed for those who receive permission for a day visit.

Because key infrastructure is still being rebuilt, residents won't be able to return to live there until 2022.

The three reactor meltdowns at the town's Fukushima Dai-ichi nuclear power plant spewed massive amounts of radiation that contaminated the surrounding area, and at its peak forced more than 160,000 people to flee.

The gate at a checkpoint was opened at midnight Tuesday, and Futaba officials placed a signboard marking their new town office.

“I'm overwhelmed with emotion as we finally bring part of our town operations back to our home town," Futaba Mayor Shiro Izawa said, pledging further recovery and reconstruction. “Lifting of the no-go zone is not the goal. Our goal is to see the residents come back and live just like before.”

Officials say prospects for the return of Futaba’s former residents are grim because of lingering concern about radiation. Many residents have also found new jobs and communities after evacuating, and only about 10% say they plan to return.

Futaba's registered residents already have decreased by 1,000 from its pre-disaster population of 7,000. Many evacuees ended up in Kazo City, north of Tokyo, after long bus trips, various stopovers and stays in shelters at an athletic arena and an abandoned high school. The town's government reopened in a makeshift office in another Fukushima town, Iwaki.

Even after radiation levels declined to safe levels, the region's farming and fishing continue to be hurt by lingering concerns among consumers and retailers.

The nuclear plant is being decommissioned in a process that will take decades. The government is also building temporary storage for massive amounts of debris and soil from ongoing decontamination efforts.