Trial to Begin Over Chemical Plant Fire During Harvey

The blaze forced the evacuation of more than 200 residents. 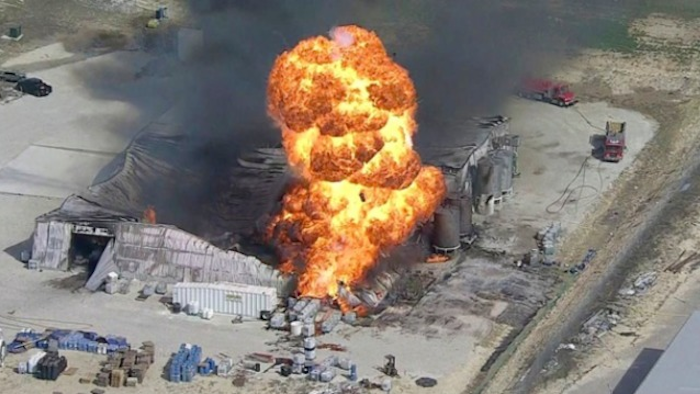 The blaze forced the evacuation of more than 200 residents from the area and sent 21 people, including first responders, to the hospital. Many who live in the town of Crosby near the plant said they were sickened by the toxic mix of chemicals that spewed into the air and have since sued the company.

Arkema said the fire was caused by an act of God, Harvey, which dumped nearly 50 inches (127 centimeters) of rain in parts of the Houston area and caused 36 deaths locally. But prosecutors say Arkema bears criminal responsibility for the toxic cloud released by the blaze because it failed to properly prepare for the storm.

The Pennsylvania-based company, which is a subsidiary of a French chemical manufacturer, and three of its executives are set to stand trial in Houston this week in a case that legal experts say will be a challenge for prosecutors to win.

Opening statements are expected to begin Wednesday or Thursday and the trial could last up to six weeks.

Prosecutors have brought two different charges against Arkema and its employees.

The company, CEO Richard Rowe and plant manager Leslie Comardelle are accused of “recklessly” releasing chemicals into the air due to the fire. The charge carries a fine of up to $1 million against the company and prison terms of up to five years for Rowe and Comardelle.

Arkema and its vice president of logistics, Michael Keough, each face a felony assault charge for allegedly misrepresenting the danger that the unstable chemicals at the plant posed to the community, leading to the injury of two deputies. If convicted, the company could be fined and Keough could face up to 10 years in prison.

Harris County District Attorney Kim Ogg has said the indictments were “a wake-up call to companies that would ... ignore best practices in safety and put our communities at risk."

Rusty Hardin, an attorney for Arkema, said the charges were an “an unprecedented and outrageous attempt to criminalize a natural disaster.”

The U.S Chemical Safety Board in 2018 said Arkema crews worked “to the best of their ability” to keep equipment that stabilized its organic peroxides, which are used to make such things as plastic resins, from losing power. But Arkema didn’t consider flooding of safety systems “a credible risk,” even though the plant was inside flood zones and its insurance company warned in 2016 that it was at risk.

Prosecutors could have a difficult time as they would have to show the actions by Arkema and its executives were willful and “so reckless about what you’re doing that it’s as if you intended it,” said Jonathan Adler, a law professor at Case Western Reserve University in Cleveland.

David Kwok, an associate law professor at the University of Houston Law Center, said prosecutors could have one advantage with jurors.

“Often times, the inference that juries draw is that if the harm is so great, how could it be that someone did not recognize the risk of that occurring?” Kwok said.