A U.S. official made the charge as the White House stepped up efforts to persuade allies to ban the gear from next-generation cellular networks. 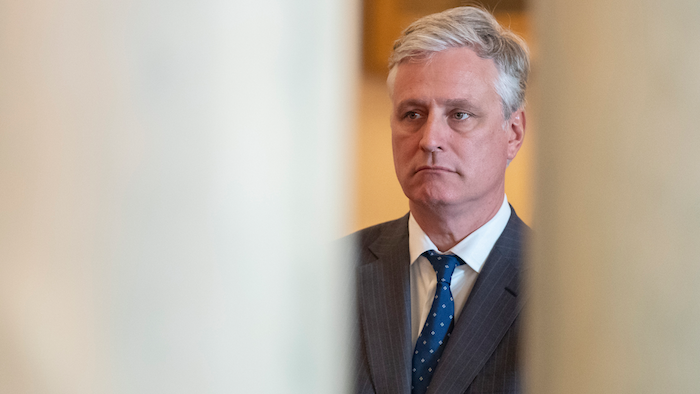 WASHINGTON (AP) — The Chinese company Huawei can secretly tap into communications through the networking equipment it sells globally, a U.S. official charged as the White House stepped up efforts to persuade allies to ban the gear from next-generation cellular networks.

The U.S. national security adviser, Robert O'Brien, made the statement at an Atlantic Council forum on Tuesday evening after The Wall Street Journal quoted him as saying Huawei can "access sensitive and personal information" in systems it sells and maintains globally. O'Brien did not provide any evidence to support the claim.

U.S. officials have long argued that Huawei is duty-bound by Chinese law to spy on behalf of the country's ruling Communist Party. Huawei denies that claim and issued a statement Wednesday saying the company "has never and will never covertly access telecom networks, nor do we have the capability to do so."

The Trump administration has been lobbying for more than a year to persuade allies to exclude Huawei equipment from their next-generation cellular networks, known as 5G. Britain and the European Union have declined to impose an outright ban, however. London has prohibited Huawei from supplying equipment used in the core of its 5G network but not the periphery. The EU last month unveiled security guidelines that, similar to measures already in place in Britain, are aimed at reducing cybersecurity risks.

Independent cybersecurity experts say the intelligence services of global powers including the United States routinely exploit vulnerabilities in networking equipment — regardless of the manufacturer — for espionage purposes.

The United States and other countries require that so-called "lawful intercept" capabilities be built into networks, though the equipment manufacturers are not supposed to have secret access to them.

Many analysts consider Washington's intense anti-Huawei lobbying efforts as much about seeking global technological dominance as deterring Chinese cyber-espionage, which is already rampant and equipment agnostic. They also note that the NSA has previously infiltrated Huawei equipment — as well as network devices of other manufacturers — as detailed in documents disclosed in 2013 by former NSA contractor Edward Snowden.