The former coal CEO conspired to violate mine safety laws. 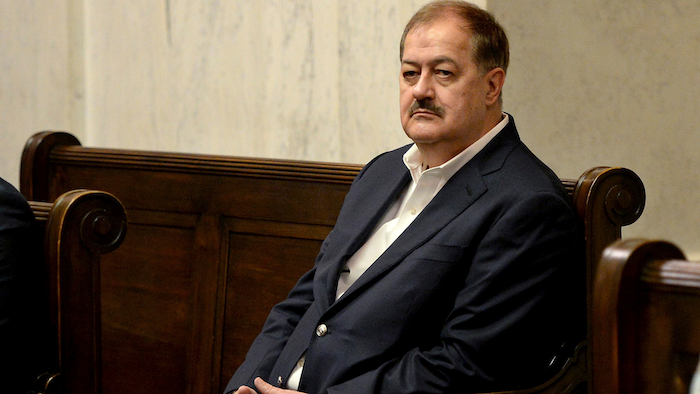 CHARLESTON, W.Va. (AP) — A federal judge in West Virginia on Wednesday refused to toss the misdemeanor conviction of former coal CEO Don Blankenship for conspiring to violate mine safety laws.

Berger ruled that despite the prosecution's failure to disclose numerous documents to the defense during the discovery phase of Blankenship's trial, the conduct ”resulted in no prejudice" toward Blankenship.

At issue were dozens of witness statements, along with emails and disciplinary records from the U.S. Mine Safety and Health Administration, that Blankenship said were not disclosed to him and his attorneys.

Blankenship “has failed to meet his burden to establish that a reasonable probability exists that the outcome of the trial might have been different had the suppressed evidence been disclosed prior to trial,” Berger wrote. “Specifically, after thorough review, nothing has been presented to undermine confidence in the jury’s verdict.”

"It is clear that the Court was greatly aided by the fact that she was the presiding judge at trial and as such, she did not need to rely simply on the cold record and representations of the defendant, but could also rely on what she directly observed.”

Blankenship is the former CEO of Massey Energy, which owned a mine where a 2010 explosion killed 29 workers in southern West Virginia. He spent a year in federal prison.

His conviction was upheld by the 4th U.S. Circuit Court of Appeals, and the U.S. Supreme Court in 2017 declined to consider a further appeal.

After Blankenship asked for the conviction to be vacated last year, the U.S. Department of Justice recommended it should not be overturned.

U.S. Magistrate Judge Omar Aboulhson ruled in August that Blankenship's rights were violated under the Brady rule, which says suppression of evidence favorable to the accused violates due process.

Aboulhson said “the suppressed evidence could have had some weight and its tendency could have been favorable” to Blankenship but does not prove his innocence.

He also said prosecutors did not act in bad faith or malice toward Blankenship.