The men climbed inside the tank to clean it and were overcome by fumes.

Harris County Sheriff Ed Gonzalez said in a tweet that deputies responded to the plant overnight in Pasadena, located just southeast of Houston. They found two men dead at the scene, Gonzalez said.

Witnesses told deputies that the men had climbed inside the tank to clean it and were overcome by fumes. 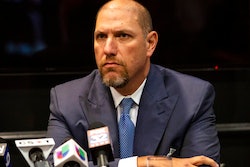 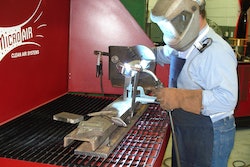