Managers rejected a system, due to time and cost constraints, that might have alerted pilots to problems linked to two deadly crashes. 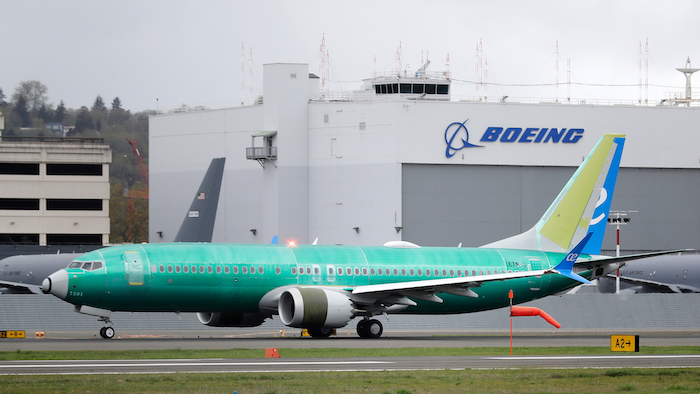 A Boeing engineer filed an internal complaint alleging that company managers rejected a backup system that might have alerted pilots to problems linked to two deadly crashes involving the 737 Max jet, according to published reports.

The Seattle Times and The New York Times reported Wednesday that an engineer who worked on the Max said managers were urged to consider a backup system for determining speed that could also detect when sensors measuring the direction of the plane’s nose weren’t working. Faulty data from those sensors triggered an automatic nose-down push that pilots were not able to overcome before crashes in Indonesia last October and in Ethiopia in March that killed 346 people.

Boeing declined to confirm the existence of the internal complaint, but a spokesman said safety is at the core of the company’s values. “Boeing offers its employees a number of channels for raising concerns and complaints and has rigorous processes in place, both to ensure that such complaints receive thorough consideration and to protect the confidentiality of employees who make them,” Gordon Johndroe said.

The engineer said others wanted to study whether to equip the Max with the backup system, which is on the larger Boeing 787 jet, but a Boeing executive rejected the advice because it could increase costs and training requirements for pilots, the newspapers reported.

The engineer is not sure that the backup speed-measuring system would have prevented the crashes, but he said in his complaint that Boeing management was more concerned with costs and keeping the Max on schedule than on safety. The employee, identified as Curtis Ewbank, filed the complaint after the second crash. He did not respond to messages left by The Associated Press.

The Max is the newest and most fuel-efficient version of the Boeing 737, a plane that dates to the 1960s. Earlier this decade, Boeing tried to push the Max into production and service as quickly as possible because rival Airbus was already selling a similarly economical plane called the neo. Requiring additional pilot training on new cockpit systems could have further delayed Boeing’s ability to start selling the Max.

Separately, the Federal Aviation Administration said that it is requiring airlines to inspect versions of the 737 that preceded the Max for possible cracks in parts that tie the wings to the body of the plane. The order covers more than 1,900 planes in the United States, including 165 that must be checked within a week.

The FAA said it acted after learning this month that cracks were found on a 737 that had undergone maintenance work in China, and inspectors found similar cracks in other planes that were being converted from passenger jets to cargo freighters. Johndroe said Boeing has given airlines details for carrying out the inspections and reporting results to the FAA.

The new, visual inspections of Boeing 737s will focus on parts called pickle forks, which tie the wings to the body of the plane. The FAA said each examination should take about an hour, and airlines must repair all cracks before the plane flies again. They also must report the results of their inspections.

Pickle-fork assemblies are designed to absorb the torque created by movement of the wings during flight, and it has long been assumed that they would last for the lifetime of a plane. The urgency of carrying out the inspections will vary by the age of each plane. The FAA said it has not received any reports of pickle forks breaking during a flight.

A spokesman for Southwest Airlines, which has an all-Boeing 737 fleet including some older planes, said the carrier began inspections Tuesday during overnight hours and expects to meet the FAA deadlines without disruptions to its schedule. Southwest hasn’t found any cracks, he said.

American Airlines and United Airlines said none of their 737s are old enough to need immediate inspections, and they will meet the deadlines.