The decision goes against the request of French prosecutors, who wanted Air France to stand trial for manslaughter. 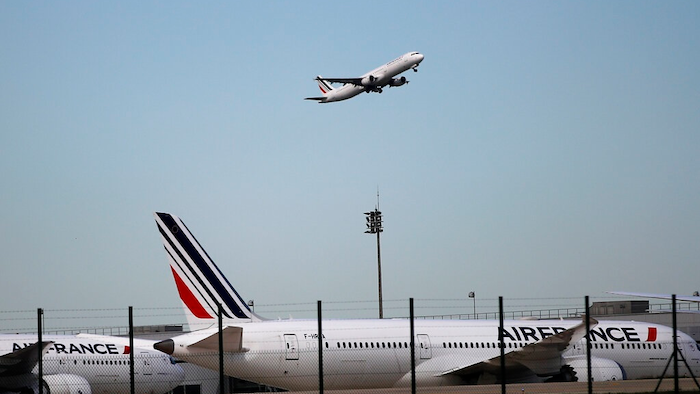 This April 11, 2018 photo shows Air France planes parked on the tarmac at Paris Charles de Gaulle airport, in Roissy, near Paris. A French association of victims says investigating magistrates dropped the case against Air France and Airbus in the 2009 crash of a flight from Rio de Janeiro to Paris that killed all 228 people aboard.
AP Photo/Christophe Ena, File

PARIS (AP) — French judges have dropped a legal case against Air France and planemaker Airbus over the crash in 2009 of a flight from Rio de Janeiro to Paris, officials said Thursday.

A victims' association reported the ruling, which was confirmed by a French judicial official, who spoke only on condition of anonymity because he wasn't authorized to talk about the case.

Sophia Seco, director of the victims' group, said they would appeal the investigating magistrates' decision, calling it "inexplicable."

"We are very angry," she told the AP. "How dares French justice settle the case of Air France's deadliest air crash in this way?"

Air France Flight 447 left Rio for Paris but crashed into the Atlantic Ocean on June 1, 2009, killing all 228 people aboard.

The Accident Investigation Bureau, the BEA, found that external speed sensors were frozen and produced irregular readings on the aircraft, which went into an aerodynamic stall. The captain also wasn't in the cockpit.

The decision goes against the request of French prosecutors, who wanted Air France to stand trial for manslaughter. The French prosecutors meanwhile had asked to drop the case against Airbus for lack of sufficient evidence.

The case has led to new air safety rules regarding speed sensors known as pitot tubes.

An Associated Press investigation in 2009 found that Airbus knew since at least 2002 about problems with the type of speed sensor that malfunctioned on Flight 447, but air safety authorities did not order their replacement until after the crash.

Airbus insists that the plane was airworthy, and air accident investigators found a plethora of problems to have caused the crash. Critics say the planemaker and airline didn't take the pitot tubes problems seriously enough.