"A date has not been set but it will be released later this week," Mussie Yiheyis told The Associated Press Tuesday, adding that a high ranking government official will announce the preliminary result. "The U.S. National Transportation Safety Board, France's BEA and an Ethiopian Transport Ministry department have been conducting the investigation," he said. "It has been conducted as per International Civil Aviation Organization rules and regulations."

On Monday, Ethiopian Airlines' CEO Tewolde Gebremariam said the pilots who flew the plane that crashed on the outskirts of the capital, Addis Ababa, had trained on "all appropriate simulators," rejecting reports that they had not been adequately prepared to handle the new aircraft.

There is speculation that the software could have contributed to the crash as well as to the crash of another Boeing 737 Max, a Lion Air flight in Indonesia in October.

Regulators say both planes had similar erratic flight paths shortly after take-off, an important part of their decision to ground the roughly 370 Max 8 planes around the world.

The Ethiopian transport ministry spokesman explained that Ethiopia has led the investigation into the crash with assistance from U.S. and French investigators as part of the rules of the International Civil Aviation Organization.

Ethiopian Airlines, widely seen as Africa's best-managed airline, had been using five of the Max 8 planes and was awaiting delivery of 25 more. The airline has not made a decision on whether or not to cancel that order.

Boeing is updating the plane's anti-stall software and has invited more than 200 pilots, technical experts and regulators to its factory in Renton, Washington, for a briefing. 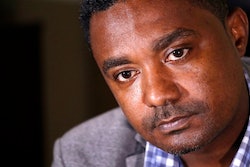 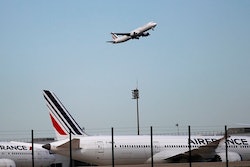 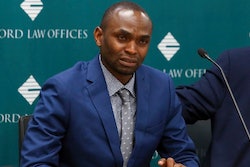