AAA isn't sure why the numbers are on the rise or why they have increased at a far higher rate than overall U.S. roadway deaths. 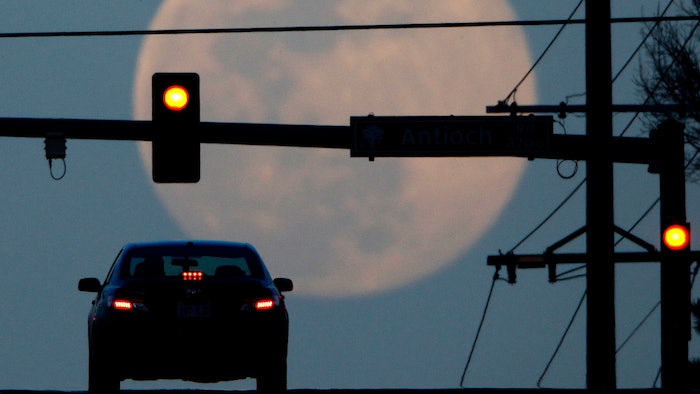 DETROIT (AP) — The number of people killed by drivers running red lights has hit a 10-year high, and AAA is urging drivers and pedestrians to use caution at traffic signals. In 2017, the latest figures available, 939 people were killed by vehicles blowing through red lights, according to a AAA study of government crash data.

It's the highest death toll since 2008 and 28 percent higher than in 2012. AAA says two people are killed every day in the U.S. by drivers who don't stop for the signals. "Drivers who decide to run a red light when they could have stopped safely are making a reckless choice that puts other road users in danger," David Yang, executive director of AAA's Foundation for Traffic Safety, said Thursday.

AAA isn't sure why the numbers are on the rise or why they have increased at a far higher rate than overall U.S. roadway deaths. Since 2012 the overall number of highway fatalities rose 10 percent, far short of the 28 percent increase in red-light running deaths.

There are more people driving more miles since the Great Recession, but that doesn't explain why red-light deaths are increasing at a faster rate, said Brian Tefft, senior researcher for the AAA Foundation. He said he suspects distracted driving played a role, as did traffic lights that weren't timed optimally, perhaps with a yellow caution cycle that's too short.

"I wish we had a better answer than we do," he said, adding that the answer was beyond the scope of the data in the study of fatal crash data from the National Highway Traffic Safety Administration. In its analysis, AAA also found that 28 percent of crash deaths at intersections with signals happened because a driver ran a red light.

The automobile club recommends that governments increase use of red light cameras directly supervised by authorities in order to boost enforcement where needed and not to raise revenue. It also says drivers should prepare to stop as they are entering an intersection and tap their brakes while approaching a light to warn other drivers of a possible stop. AAA also recommends waiting a second after a light changes to green before proceeding, and checking to make sure crossing traffic has stopped.

For pedestrians and cyclists, AAA recommends taking a few seconds to make sure traffic has stopped before crossing a street. It also says to be visible, make eye contact with drivers and stay alert by not wearing headphones while walking or riding.