The pipeline company says faulty work by a contractor caused a crack that spilled at least a quarter-million gallons of gasoline. 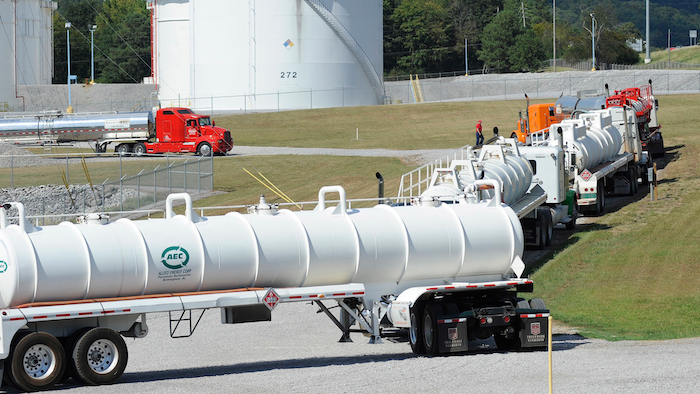 Tanker trucks lined up at a Colonial Pipeline Co. facility in Pelham, Alabama, near the scene of a 250,000-gallon gasoline spill caused by a ruptured pipeline.
AP Photo/Jay Reeves

BIRMINGHAM, Ala. (AP) — Georgia-based Colonial Pipeline Co. is suing an Alabama contractor over a spill that threatened U.S. gasoline supplies three years ago. The pipeline operator contends faulty work by the Birmingham-based Ceco Pipeline Services caused a crack that spilled at least a quarter-million gallons of gasoline in rural Shelby County in 2016.

The spill shut down a major pipeline for weeks, tightening gasoline supplies along the Eastern Seaboard. Colonial Pipeline is based near Atlanta in Alpharetta. It filed the federal lawsuit Friday seeking unspecified damages.

Ceco Pipeline Services hasn't replied in court, and general manager Luke Hotze declined comment Monday, citing the lawsuit. The lawsuit claims the contractor failed to adequately replace dirt around the pipeline after maintenance work. The suit says that failure caused cracks that led to the spill.