A private company called Aqua Illinois is accused of making changes without permission that caused lead to contaminate the village's drinking water. 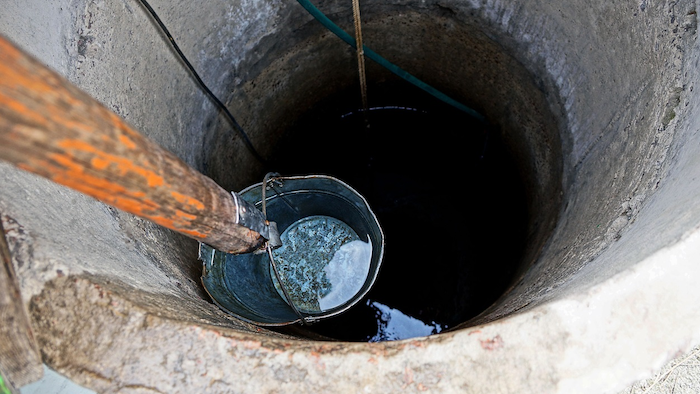 UNIVERSITY PARK, Ill. (AP) — Illinois alleges that a company that provides water to a Chicago suburb made changes without permission from state regulators that caused lead to contaminate the village's drinking water.

Attorney General Kwame Raoul filed a lawsuit Friday against Aqua Illinois, the company that supplies water to residents of University Park, a village about 40 miles (64 kilometers) south of Chicago.

The lawsuit says Aqua Illinois switched the source of the village's water from groundwater wells to the Kankakee River in 2017. It alleges a chemical added to the water system to address resident complaints about the taste removed a protective layer in residential plumbing, causing lead to leach into the water.

Raoul says the company didn't obtain required permits from the Illinois Environmental Protection Agency before switching the water source, or before it added the blended phosphate mix to the water system. The company disputes the allegation that the violations caused the contamination.

The company notified the state in May that testing the company is required to conduct every six months had detected elevated lead levels. Raoul says Aqua Illinois later warned residents not to drink the water and that the company also is providing impacted residents with bottled water and filters.

The company said it has been working along with the IEPA to correct the problems, and some violations already have been corrected.

"Aqua Illinois leadership makes every effort to comply with all federal and state regulations," company President Craig Blanchette said in a statement. "While we are still reviewing the filing, we do not believe the issues associated with these regulatory violations contributed to or worsened the situation in University Park and we will continue to work with the IEPA, attorney general and state's attorney to resolve the complaint."

Raoul said that the company has been cooperating and working with the state to correct the problem since it reported the elevated lead levels.

More than 85% of the village's nearly 7,000 residents are black, and Raoul noted serious damage has occurred in other predominantly minority communities where contaminated water wasn't immediately addressed. In the majority-black city of Flint, Michigan, for example, the toxic metal leached into the supply in 2014 and 2015 due to a lack of corrosion-control treatment following a switch in the water source while the city was under state emergency management.

The lawsuit says additional testing done in July and August continued to show elevated levels of lead, which can cause brain damage and emotional and behavioral damage in children. The August sampling found 27 out of 60 samples collected from Aqua Illinois customers had lead levels above the regulatory action level, Raoul said.

The suit lawsuit seeks civil penalties, along with an injunction to require Aqua Illinois to immediately correct the situation and to continue providing safe drinking water to residents, Raoul said.