The research team found more than 400 cases in recent months where Pacific Gas & Electric contractors had failed to remove or trim hazardous trees. 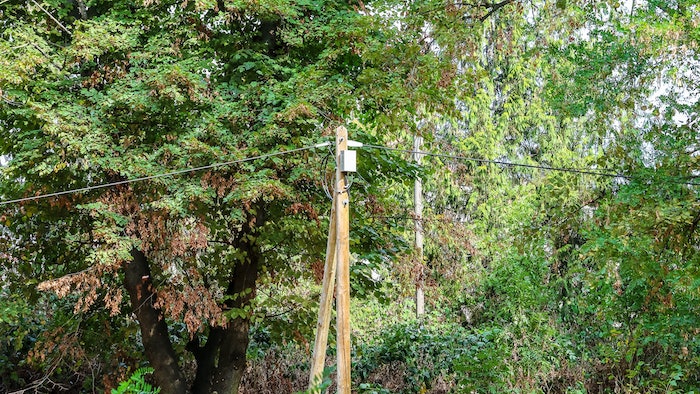 SAN FRANCISCO (AP) — A California utility blamed for some of the state's most devastating recent wildfires failed to clear away thousands of trees that posed a threat to power lines, according to a report from a court-appointed monitor that was made public Wednesday.

In a report submitted to a federal judge last month, monitor Mark Filip said his team found more than 400 cases in recent months where Pacific Gas & Electric contractors had failed to remove or trim hazardous trees, including three that were within a foot of or actually touching electrical lines, KQED News reported.

A total of about 2,600 trees were involved. In three cases, Filip said his team found issues "that could have resulted in fatalities, injuries or serious damage if not timely remediated."

Filip also found that PG&E's state-mandated wildfire safety program had "substantial record-keeping issues," including one false report from a contractor certifying that safety work had been completed on a dangerous tree.

"Not only is PG&E falling short of its ... goals for the year, but the quality of the completed work is questionable," the report said.

"We understand and recognize the serious concerns raised by the monitor and we are taking immediate action to address these issues, which are consistent with our own internal reviews," PG&E said in a statement.

Overgrown, dead or dying trees can hit power lines, causing them to spark or knocking them down. California sets minimum clearances between trees and power lines.

The utility said its service area includes more than 120 million trees "with the potential to grow or fall into our overhead power lines."

A PG&E power line was blamed for setting a November fire that virtually obliterated the Northern California town of Paradise and killed 86 people.

PG&E equipment also has been linked to several other massive wildfires in recent years.