The series of explosions killed one, injured two dozen. 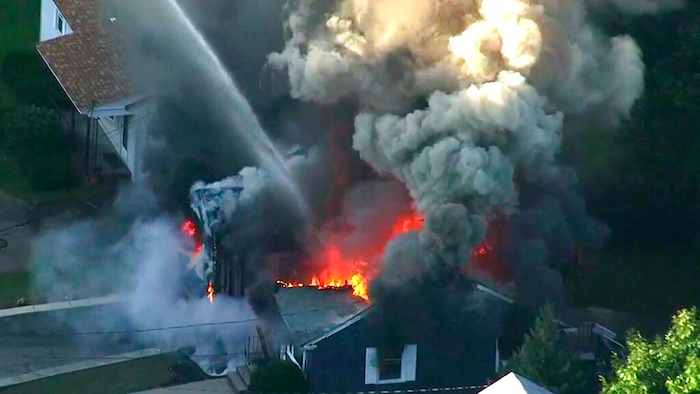 In this Sept. 13, 2018 file image from video provided by WCVB in Boston, flames consume the roof of a home following an explosion in Lawrence, Mass. Columbia Gas of Massachusetts and its parent, NiSource Inc., announced Monday, July 29, 2019, a settlement had been reached in class action lawsuits resulting from the disaster across several towns north of Boston.
WCVB via AP, File

LAWRENCE, Mass. (AP) — The utility blamed for a series of gas explosions in Massachusetts last September has settled all class action lawsuits resulting from the disaster for $143 million.

Columbia Gas of Massachusetts and its parent, NiSource Inc., announced the settlement Monday.

Columbia CEO Joe Hamrock said the settlement is "another important step forward" in the recovery effort.

The plaintiffs' co-lead attorney, Frank Petosa, said the settlement "will provide a full measure of compensation to thousands of residents and businesses."

The agreement is subject to court approval.

The series of explosions last Sept. 13 in Lawrence, Andover and North Andover killed one, injured two dozen and left thousands of homes and businesses without natural gas service for weeks. The explosions were blamed on over-pressurization in a gas pipeline.