One person died in the fire and another was hospitalized with severe burns. 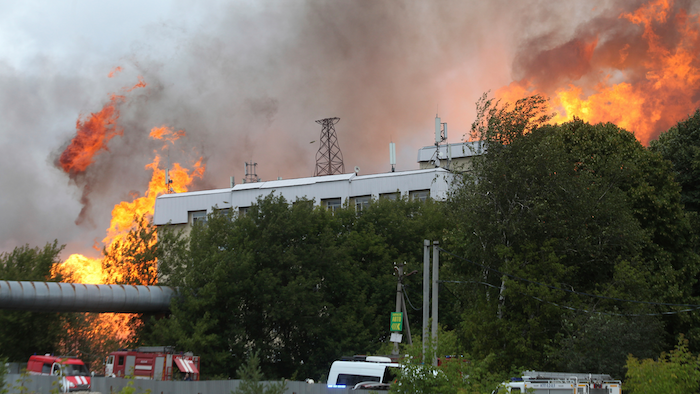 MOSCOW (AP) — Russian officials say a massive fire near a power station just outside Moscow has killed one person and injured at least 13. Power company Mosenergo said in a statement that the fire broke late Thursday morning on a gas pipeline. The company says the power station itself wasn't affected and power to the Moscow region would go uninterrupted.

Russia's Emergency Situations Ministry said one person died in the fire and another was hospitalized with severe burns. The ministry says firefighters extinguished the blaze on the pipeline by early afternoon but flames spread to a nearby vacant building.