Refinery Too Unsafe for Investigators to Enter

Hydrocarbon vapors were somehow released in a unit that makes a blending agent for gasoline and then found an ignition source. 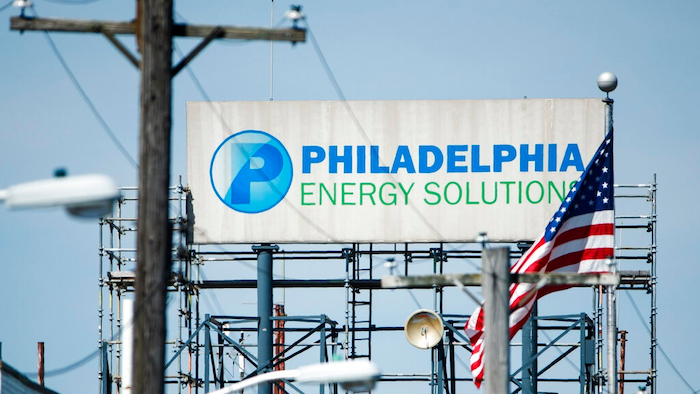 A sign for Philadelphia Energy Solutions stands at the refining complex in Philadelphia, Thursday, June 27, 2019. The largest oil refinery on the East Coast said Wednesday that it will close after a devastating fire last week that set off explosions and damaged equipment.
AP Photo/Matt Rourke

PHILADELPHIA (AP) — A federal safety board looking into the fire and explosions at the largest oil refinery on the East Coast says the unit where the blasts happened remains too dangerous to access.

Kristen Kulinowski is a leader of the U.S. Chemical Safety and Hazard Investigation Board. She calls the June 21 blaze and blasts at Philadelphia Energy Solutions a "fundamental failure."

She says that investigators haven't determined a cause and that the first priority is to physically examine the unit once the area is structurally safe.

She says the ordeal started when hydrocarbon vapors were somehow released in a unit that makes a blending agent for gasoline and then found an ignition source.

If the hydrofluoric acid in that unit became a gas and got into the atmosphere, it would be harmful to humans. She says no such gases were released.