Officials fear those still in the pit mine in northeastern Liberia may also be dead.

MONROVIA, Liberia (AP) — Liberian officials say five bodies were recovered Wednesday and 40 are still trapped in a collapsed gold mine.

Officials fear those still in the pit mine in northeastern Liberia, which collapsed on Saturday, may also be dead, although some survivors have been rescued.

Nimba County superintendent Dorr Cooper said miners are searching for survivors with their bare hands. He said no excavating equipment is available and such heavy machinery could accidentally kill those trapped below.

He said the Tapita area has more than 100,000 self-employed miners and is rife with "uncontrolled and illegal" mining.

"The place is lawless and there is no control," Cooper said.

Authorities have recently attempted to close the gold mine out of safety concerns, but with Liberia's faltering economy, miners risk death to feed their families. 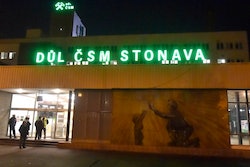 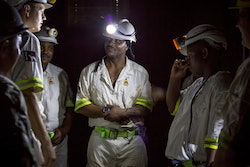 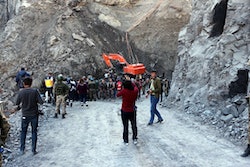