The water level at a lake swollen by rain and runoff had receded, but a damaged dam could still fail to shield a local village.

Flooding near the Kohatk Village in Pinal County, Arizona. Menagers Dam that had been at risk of breaking and flooding the small village held steady Wednesday, Oct. 3, as the lake behind it receded after being swollen with runoff from the remnants of Tropical Storm Rosa.
Tohono O'odham Nation Dept. of Public Safety via AP

PHOENIX (AP) — The impact of remnants from Tropical Storm Rosa was still rippling across Arizona Thursday as two people died on roads in separate incidents and, hundreds of miles away, the potential breach at a dam threatened to inundate a Native American village near the Mexico border.

The water level at a lake swollen by rain and runoff had receded somewhat, but the damaged earthen dam could still fail to shield the village of Ali Chuk on the Tohono O'odham Nation, tribal officials said in a statement. With more rain expected at the end of the week, the tribe planned to assemble a team of engineers to inspect the structural integrity of Menagers Dam.

It previously suffered "erosional damage" when it was overtopped by water from rains that started Tuesday, the National Weather Service said in a statement extending a flash flood warning for Ali Chuk. Most of Ali Chuk's more than 100 residents were evacuated or left on their own, but tribal officials said a few refused to leave. The smaller Kohatk Village in Pinal County was also forced to evacuate more than 30 residents.

All of the evacuees are receiving assistance from the American Red Cross and other volunteers, tribal chairman Edward Manuel said. In northwestern Arizona, the Mohave County Sheriff's Office said a man was found dead Thursday in a flooded wash bed in Golden Valley.

Deputies responded late Wednesday to an SUV getting swept into the wash. A search and rescue team located the submerged car about half a mile (0.8 kilometers) from the road along the wash bank. A helicopter later found the body of Joshua Allen Carlisle, 34, about 2 miles (3.2 kilometers) from where his vehicle went in.

He was pronounced dead at the scene.

Elsewhere, a completely washed out section of a major highway near the Grand Canyon was closed Thursday after a deadly collision. Arizona Department of Public Safety troopers responded to the scene late Wednesday night and discovered a collapsed section of U.S. 89 near Cameron.

The northbound lanes of U.S. 89 were closed in Cameron and southbound lanes were closed at a highway junction north of Cameron, the Arizona Department of Transportation said in a statement. Cameron is 52 miles north of Flagstaff.

The closure is expected to last several days as repairs are made to the 30' section, transportation officials said. Drivers will have to take a detour that will add more than 100 miles to commutes from Flagstaff to larger communities in northern Arizona, the department said. The stretch of highway is the most direct route to the Grand Canyon's North Rim and Lake Powell. The highway also runs through several Navajo communities. Its collapse prompted the Navajo Nation to declare a state of emergency. 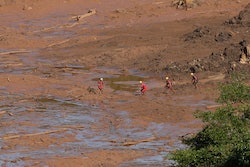