It's the first fatal accident in the plant's 49-year history.

PINEVILLE, La. (AP) — At least one person is dead after an equipment explosion occurred at the Proctor and Gamble plant in central Louisiana that produces detergent Tide Pods.

The State Fire Marshal's Office confirms the equipment's driver was killed Thursday morning inside the plant in Pineville. Spokeswoman Ashley Rodrigue says the fire was contained to the equipment but further details about the type of equipment weren't immediately released. No other injuries were reported.

The incident happened around 3 a.m.

P&G plant manager Frank Blumling, in a statement, also confirmed the accident and death, noting an investigation is underway. Blumling says it's the first fatal accident in the plant's 49-year history. He says the plant has been shut down and workers sent home.

One of the area's largest employers, the facility produces liquid and dry detergent and Tide Pods. 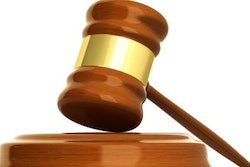