A plant in Kansas will also be closed as part of the production change.

IOWA CITY, Iowa (AP) — Procter & Gamble has announced that it plans to cut 500 jobs over about two years at an Iowa plant as it shifts production to a new factory in West Virginia.

The company says it's also closing its plant in Kansas City, Kansas, as part of the production change. That plant produces dishwashing detergents and related chemicals. 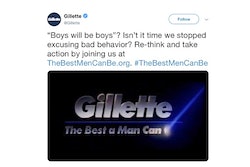