Tom Krisher
Elon Musk, CEO of Tesla Motors Inc., introduces the Model X car at the company's headquarters in Fremont, CA in 2015. For years, Tesla has boasted that its cars and SUVs are safer than other vehicles on the road.
AP Photo/Marcio Jose Sanchez

DETROIT (AP) — For years, Tesla has boasted that its cars and SUVs are safer than other vehicles on the roads, and CEO Elon Musk doubled down on the claims in a series of tweets this week.

The electric vehicles are under intense scrutiny from federal investigators, who have been looking into post-crash battery fires and the performance of Tesla's Autopilot semi-autonomous driving system. On Wednesday, they traveled to Utah to open another inquiry into a Tesla crash — their fourth this year — in which a Model S slammed into a firetruck that was stopped at a red light.

A look at the tweets and Tesla's past claims about the safety of its vehicles and Autopilot:

MUSK (from his tweets Monday): "According to (National Highway Traffic Safety Administration), there was an automotive fatality every 86M miles in 2017 (40,000 deaths). Tesla was every 320M miles. It's not possible to be zero, but probability of fatality is much lower in a Tesla."

THE FACTS: This is based on a Tesla analysis of U.S. fatal crashes per miles traveled in 2017. The company's math is correct on the fatality rate involving all of the nation's 272 million vehicles, about 150,000 of which are Teslas, according to sales estimates from Ward's Automotive. But Tesla won't say how many fatalities occurred in its vehicles or how many miles they were driven.

We don't know of any Tesla fatalities in 2017, but the numbers can vary widely from year to year. There have been at least three already this year and a check of 2016 NHTSA fatal crash data — the most recent year available — shows five deaths in Tesla vehicles. Statistically, experts say Musk's tweet analysis isn't valid. While Teslas could have a lower death rate, it may speak more about the demographics of Tesla drivers than it does about safety of the vehicles, says Ken Kolosh, manager of statistics for the National Safety Council.

Expensive Teslas tend to be driven by middle-age affluent people who are less likely to get in a crash than younger people, Kolosh said. Also, Tesla drivers tend to live in urban areas and travel on roads with lower speeds, where fatality rates are lower, he said. Musk also is comparing a fleet of older, less-expensive vehicles to his newer and more costly models, Kolosh said. Most Teslas on the road are six years old or less. The average vehicle in the U.S. is 11.6 years old, according to IHS Markit. Older, less-expensive vehicles often aren't maintained like newer ones and would have more mechanical problems.

MUSK (from his tweets Monday in reference to the Utah crash): "What's actually amazing about this accident is that a Model S hit a fire truck at 60 mph and the driver only broke an ankle. An impact at that speed usually results in severe injury or death."

THE FACTS: It's true that the driver in the Utah crash sustained minor injuries considering how fast her car was traveling. The same is true for a January freeway crash near Los Angeles in which the driver was not hurt. But not all Tesla crashes end the same way.

In March, the driver of a Tesla Model X was killed in California when his SUV hit a barrier while traveling at "freeway speed." NHTSA and the National Transportation Safety Board are investigating that case, in which the Autopilot system was engaged. Autopilot was also engaged in the Utah crash, according to a summary of data from the car.

Last week, the NTSB opened a probe into an accident in which a Model S caught fire after crashing into a wall at a high speed in Florida. Two 18-year-olds were trapped in the vehicle and died in the flames. The agency has said it does not expect Autopilot to be a focus of that investigation.

TESLA (from a March 30 press release): "Over a year ago, our first iteration of Autopilot was found by the U.S. government to reduce crash rates by as much as 40 percent."

THE FACTS: The government says it did not assess how effective Autopilot is at reducing crashes. It did mention a 40 percent reduction in crash rates after "Autosteer" was installed in Tesla vehicles, based on data provided by Tesla. Autosteer is the part of Autopilot that keeps the car centered in a lane and can change lanes automatically. NHTSA said it did a "cursory" comparison of crash rates between vehicles with and without Autosteer, but it didn't consider whether drivers were actually using Autosteer, which has to be manually activated.

TESLA: The company has touted on its website and in press releases that the Model S sedan scored the highest numerical rating of any vehicle in NHTSA's crash tests, and that the Model X was the first SUV to get a five-star rating in every category.

THE FACTS: It's true that the Model S and Model X got five-star crash-test ratings from NHTSA, and the Model S did have the highest numerical score of any vehicle. But in more demanding tests by the Insurance Institute for Highway Safety, the Model S failed to get the industry group's coveted "Top Safety Pick" or "Top Safety Pick Plus" ratings.

The reasons: the Model S got an "Acceptable" rating in a front-end small offset crash test that mimics when the front driver-side corner of a vehicle collides with a tree or another vehicle. Its headlights also were rated "Poor." Vehicles have to get the highest rating of "Good" in five crash tests to be top safety picks. Fourteen large cars from other manufacturers received Top Safety Pick or Top Safety Pick Plus ratings. IIHS has not yet done crash tests on Tesla's Model X or Model 3.

The Model S also had a low rate of medical insurance claims for injuries, tying for seventh in IIHS's most recent rankings. The institute gave it a score of 46, which is 54 percent better than the average score of 100. The Toyota Camry, the top-selling car in America, scored 112. But the Model S had higher collision claim frequencies and was more expensive to fix than gas-powered large luxury cars. 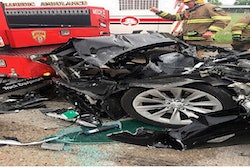 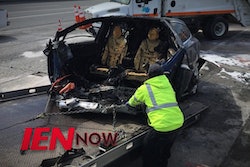 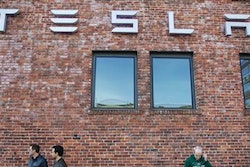