The International Agency for Research on Cancer reached a different conclusion than the U.S. EPA on the potential harm in Monsanto's Roundup. 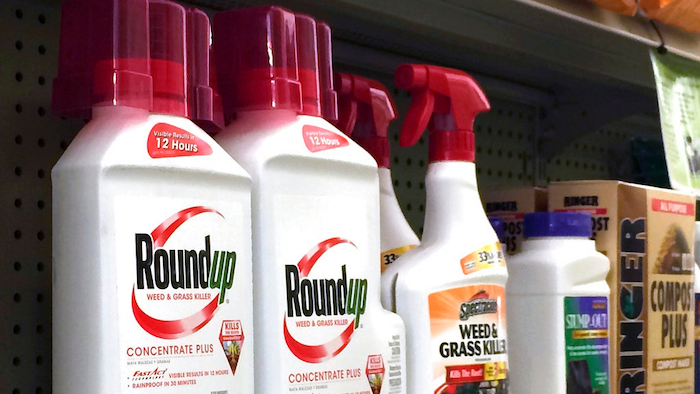 WASHINGTON (AP) — Republican lawmakers are threatening to cut off U.S. funding for the World Health Organization's cancer research program over its finding that the active ingredient in the herbicide Roundup is probably carcinogenic to humans.

House Science Committee Chairman Lamar Smith said Tuesday that the 2015 conclusion by the International Agency for Research on Cancer was fundamentally flawed and relied on cherry-picked science. The Texas lawmaker said he has serious concerns about anti-industry bias and a lack of transparency within the program, which is based in Lyon, France.

A separate review by the Environmental Protection Agency concluded in December that glyphosate, the active ingredient in Roundup and other products, is not likely to cause cancer at typical levels of exposure.

Roundup, made by the agribusiness giant Monsanto, is the world's most widely used weed killer and has been sprayed on corn, soybeans, cotton and other crops since the 1970s. It is also widely used on lawns and golf courses.

Monsanto also sells seeds genetically modified to produce crops that can tolerate being sprayed with glyphosate as the surrounding weeds die.

"There are real repercussions to IARC's unsubstantiated claims, which are not backed by reliable data," Smith said at a hearing. "Labeling requirements will drive costs up for farmers and consumers and create unjustified public fear."

IARC's program assesses the hazard of whether chemicals can cause cancer in humans, often relying on studies where high doses were fed or injected into rats and mice to see whether they would develop tumors. The EPA's risk assessments, which sometimes rely on industry-funded studies, look at the long-term threat pesticides and herbicides pose based on the anticipated uses and the relatively low levels of exposure expected for humans and animals.

IARC's finding that glyphosate is likely carcinogenic triggered a wave of lawsuits over its continued use. Monsanto filed suit after California regulators sought to require a warning of the potential cancer threat on the packaging label for Roundup, a move the company said would needlessly scare away customers. Numerous agribusiness groups have also sued to try to block California's move.

Monsanto, based in St. Louis, Missouri, said Tuesday that IARC's findings are an outlier when compared to what scores of other studies and regulators around the world have found.

"We're pleased that serious questions are being asked about the discredited IARC opinion and the real harm it is causing to American farmers," said Scott Partridge, Monsanto's vice president of global strategy.

Records compiled by the watchdog group Center for Responsive Politics show Monsanto has spent heavily on federal lobbying in recent years, with more than $4.3 million in spending during 2017. The company's executives and political action committee made about $600,000 in federal political donations during the 2016 election cycle, with the bulk of the cash going to farm-state Republicans.

Jennifer Sass, a scientist with the advocacy group Natural Resources Defense Council, defended the IARC's results at the congressional hearing, saying the well-respected international group was the target of a well-financed campaign by the pesticide industry seeking to discredit its findings.

"This hearing is about the ability of a public health agency to call a carcinogen a carcinogen, even if it makes a huge amount of money for a powerful corporation," Sass said Tuesday. "Are we willing to sell out the public's right to know about harmful chemicals in the places we work live, and play, just so that Monsanto Co. can sell more glyphosate?"

It took firefighters almost four hours to extinguish the fire.
Jul 27th, 2021
Follow Us
Most Recent