An advocate for coal miners said it sends a "very bad signal." 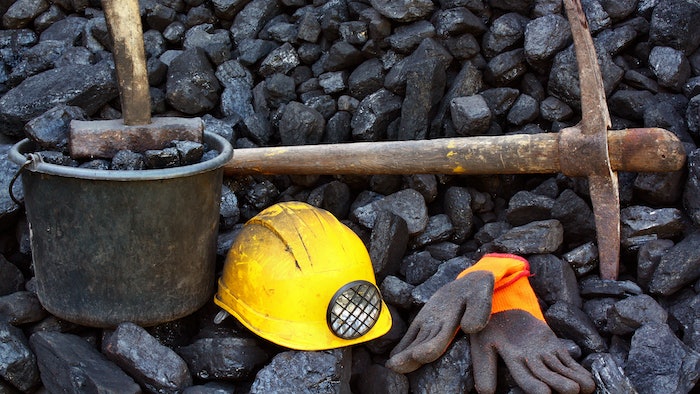 CHARLESTON, W.Va. (AP) — President Donald Trump's mining regulators are reconsidering rules meant to protect underground miners from breathing coal and rock dust -- the cause of black lung -- and diesel exhaust, which can cause cancer. An advocate for coal miners said Friday that this sends a "very bad signal."

The Mine Safety and Health Administration has asked for public comments on whether standards "could be improved or made more effective or less burdensome by accommodating advances in technology, innovative techniques, or less costly methods."

Some requirements that could be streamlined or replaced in frequency involve coal and rock dust . Others address diesel exhaust , which can have health impacts ranging from headaches and nausea to respiratory disease and cancer.

"Because of the carcinogenic health risk to miners from exposure to diesel exhaust, MSHA is requesting information on approaches that would improve control of diesel particulate matter and diesel exhaust," the agency said.

The Trump administration has said many federal regulations, including pollution restrictions, have depressed the coal industry and other sectors of the economy.

"President Trump made clear the progress his Administration is making in bringing common sense to regulations that hold back job creation and prosperity," Labor Secretary Alexander Acosta said Thursday in releasing his agency's regulatory and deregulatory agenda. "The Department of Labor will continue to protect American workers' interests while limiting the burdens of over-regulation."

The notices on coal dust and underground diesel exhaust had few details. Both were described as "pre-rule stage."

MSHA in 2014 had promised to conduct a retrospective study of the new dust rule, spokeswoman Amy Louviere said Friday. The current notice seeks comments on that and also on whether existing standards and regulations could be made more effective or less burdensome, she said.

"I think it's a very bad signal for coal miners that MSHA is wanting to revisit the issue of coal dust and rock dust as well as diesel exhaust," said attorney Tony Oppegard, who represents miners in safety cases. "I don't think the Trump administration has coal miners' best interests at heart. They're aligned with coal mine operators as opposed to miners, and the only reasons they would want to reopen these rules or revisit these rules are to weaken them."

The Obama administration, through a lengthy rulemaking process, lowered the allowable limit for miners' dust exposure three years ago, Oppegard said. The industry and its mine operators opposed that for years, he said.

At the National Mining Association, which represents mine operators, spokesman Luke Popovich said Friday they believe a review of the dust-exposure rule "might shed valuable information on ... ways it might be improved to provide further protection for miners while eliminating unnecessary implementation requirements for operators."

David Zatezalo, a retired West Virginia coal mining executive chosen by Trump to head MSHA, said at his November confirmation hearing that the U.S. industry is safer and healthier than ever before. He said progress is needed, including technology for real-time monitoring of silica dust blamed for a virulent variation of the black lung disease that has afflicted even some younger coal miners.