The CPSC says it's aware of one death because of a problem. 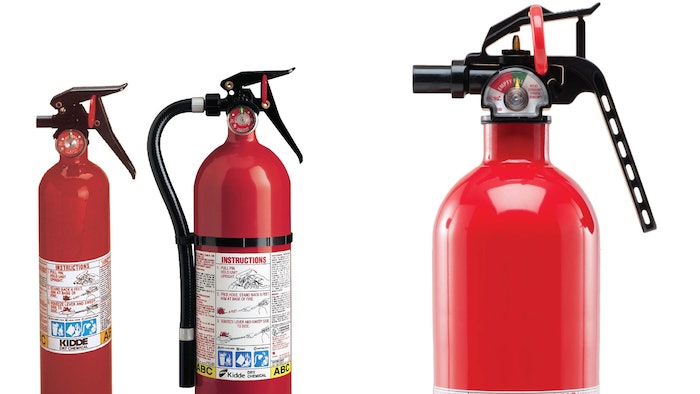 The fire extinguishers can become clogged or require excessive force to discharge and can fail to activate during a fire emergency. In addition, the nozzle can detach with enough force to pose an impact hazard.
CPSC

DETROIT (AP) — More than 40 million fire extinguishers in the U.S. and Canada are being recalled because they might not work in an emergency (view photos in gallery).

The U.S. Consumer Product Safety Commission says on its website that it's aware of one death because of a problem with extinguishers made by Kidde. In 2014, extinguishers didn't work for emergency responders who were trying to fight a car fire after a crash.

The recall covers 134 models of push-button and plastic-handle extinguishers made from 1973 through Aug. 15 of this year.

The government says the extinguishers can become clogged. Also, the nozzle can come off.

Owners should contact Kidde to ask for a replacement and for instructions on how to return recalled models.