The large fire forced evacuations in the area. 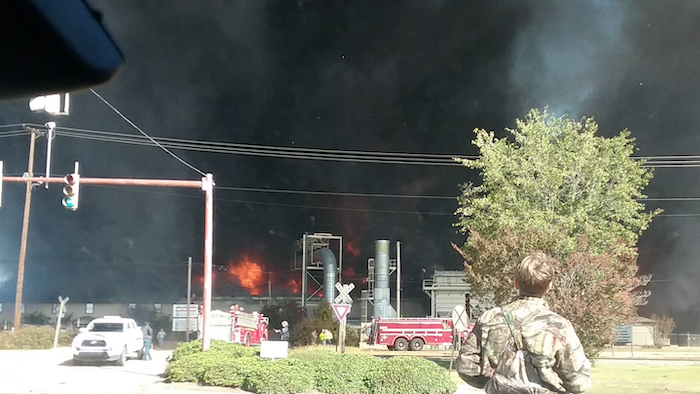 CROSSETT, Ark. (AP) — Firefighters are working to put out a large fire at a closed plywood mill in south Arkansas that's forced evacuations in the area.

Arkansas Department of Emergency Management spokeswoman Barbara Hager said there are no reports of injuries or fatalities following the fire that was reported about 10:15 a.m. Saturday at the Georgia Pacific mill in Crossett, about 115 miles (185 kilometers) south of Little Rock. Hager said nearby businesses were evacuated and residents are being asked to stay indoors.

Georgia Pacific spokeswoman Jennifer King said in email to The Associated Press that the plant has been closed for several years and was being demolished.

Hager said the Crossett Fire Department has asked for assistance from fire departments in Ashley, Union and Drew counties to fight the fire.