Nitrogen oxides generated during industrial processes can be used to make colorants and medicines. 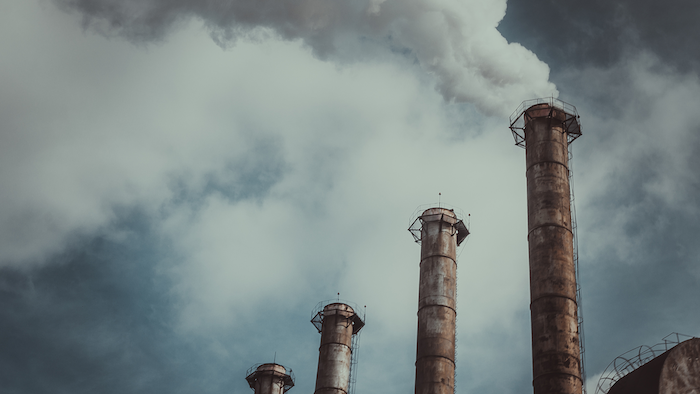 Chemists at Friedrich-Alexander Universität Erlangen-Nürnberg (FAU) have developed a process in which nitrogen oxides generated during industrial processes can be used in the manufacture of colorants and medicines.

Using the method, businesses will in future be able to combine the decontamination of exhaust fumes with the production of new substances.

Nitrogen oxides are a major environmental pollutant. Nitrogen and oxygen compounds are primarily formed during combustion, for example in automobile engines and coal and gas power plants, but also through other thermal and chemical techniques employed by industry.

In order to clean these waste gases, the methods of post-combustion capture or catalytic reduction are employed -- both of which are relatively complex and are also associated with certain disadvantages. But nitrogen oxides are not just unwanted toxins.

In fact, recent research has shown that they can be used in the chemical synthesis of high-value products.

Using a model plant, the chemists based in Erlangen simulated a standard industrial process: the conversion of copper to copper nitrate.

"Copper nitrate is used as a colorant, an anti-corrosive coating, a wood preserving agent and as an oxidizing agent in chemical synthesis," explains Heinrich. "We have developed a way of directly using the nitrogen oxide created during the manufacturing process in the synthesis of balsalazide and sulfasalazine - two azo compound drugs used in the treatment of chronic inflammatory bowel diseases."

The centerpiece of the model plant is a tube-shaped gas washer, with which the researchers are able to reduce nitrogen oxide concentrations in the exhaust gas flow by 99.7%.

"This is a remarkable value, but of course we've only achieved it in the laboratory environment," adds Heinrich cautiously. "However, we are working on the assumption that our technique will also lead to high efficiency levels in industrial applications."

Unlike earlier attempts undertaken in the laboratory by the pharmaceutical chemists, the new plant can also make use of low concentrations of nitrogen oxides and will function reliably even if there are fluctuations in the exhaust gas flow.

Producing copper nitrate is just one example of an industrial process in which, to date, nitrogen oxides have been neutralized using complex techniques rather than being employed in profitable synthesis processes.

"Anywhere we have a manageable range of source materials, including for example the etching of printed circuit boards for electronic applications, we can use the by-product nitrogen oxide for the manufacture of medicinal products. The situation is a bit different in the case of power plants or waste incineration plants -- obviously it's best to avoid using such a cocktail of toxins and heavy metals to make medicines. But it is possible and it makes sense to use the nitrogen oxides present in exhaust fumes for the manufacture of certain colourants based on azo compounds."