Brian Bell
The increased emission of industrial pollutants in China is having an adverse effect on a centuries-old way of life along the country's coastline, according to UCI research.
Katherine Mackey, UCI

For millennia, people have patterned their lives and diets around the vast fisheries of the East China Sea, but now those waters are increasingly threatened by human-caused, harmful algal blooms that choke off vital fish populations, according to a new study led by researchers at the University of California, Irvine.

"There has been massive growth in emissions from China's factories and cars over the past few decades, and what comes out of the smokestacks and tailpipes tends to be richer in nitrogen than phosphorus," said Katherine Mackey, assistant professor of Earth system science at UCI and lead author of the study, published recently in Frontiers in Marine Science.

They found that the winds carried an overabundance of nutrients offshore, where they fell into water to be taken up by marine organisms. That, together with runoff from rivers flowing into the sea, is causing changes to the region's ecology.

Certain aquatic plants and plankton thrive on the extra nutrients, for instance, crowding out others and wreaking havoc among ocean-dwelling species' normal ratios.

"When you start having changes in the food web, you can see differences in the fish catch," Mackey said. "Harmful algal blooms and nuisance species that are cropping up can produce toxins or just aren't the type of food fish prefer to eat, so people have been noticing changes in the ecosystem in recent years."

One example: Metals that are the product of combustion and other industrial processes tend to dissolve more quickly than those carried out to sea in dust from such natural sources as deserts, she said. These human-generated substances give certain species of phytoplankton a competitive edge over others, leading to increasingly frequent and more intense algal blooms.

The researchers reviewed satellite data and government records dating back decades and found a clear correlation between the expansion of the country's industrial output and the growth of unwanted algae blooms.

In addition, they conducted experiments in a makeshift lab on the Shengsi Islands off coastal Shanghai at the mouth of the Yangtze River. Plying the waters of the East China Sea on a rented fishing vessel, team members collected samples and incubated them in the lab to determine how certain conditions could lead to a plankton imbalance.

The study concluded that adverse changes in the ocean ecosystem can be traced back to industry and agriculture and that the only way the process can be reversed is for humans to start addressing land-based pollution.

Mackey noted that climate change could play a growing role in the transformation of the East China Sea.

"As the climate warms, we might start seeing more of these nuisance blooms," she said. "It's like a double whammy. If you have higher temperatures favoring certain types of phytoplankton and you're monkeying with their nutrient supply, there are going to be unintended consequences." 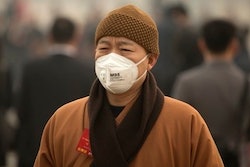 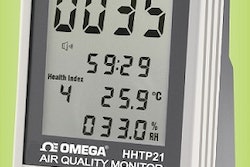