Fewer than a third of the 113 wells at the aging former oil field have passed inspections.

Brian Melley
In this Dec. 9, 2015, file photo, crews work on stopping a gas leak at a relief well at the Aliso Canyon facility above the Porter Ranch area of Los Angeles. The gas-storage facility that spewed methane uncontrollably for almost four months, driving thousands of families from their homes, won't resume operations until it has undergone tougher tests than ever required before, a process that will take months and perhaps even longer.
Dean Musgrove/Los Angeles Daily News via AP, Pool, File

The Southern California Gas Co. facility at Aliso Canyon has been crippled more than a year since the blowout discovered in October 2015 drove 8,000 families from their Los Angeles homes and led to mass complaints of nosebleeds, nausea, headaches and other maladies.

Fewer than a third of the 113 wells at the aging former oil field have passed rigorous inspections ordered after the blowout. The remaining ones have been taken out of service and must pass state-mandated tests within a year or be permanently sealed.

The state could sign off as soon as next month to allow use of the approved wells to store more gas, though the company would be restricted to about a third of the facility's storage capacity, the Department of Conservation said.

"At this point in time, there's no information that would indicate that returning to that whole capacity of the 83 billion cubic feet would ever be needed," said Edward Randolph of the California Public Utilities Commission.

SoCalGas did not respond specifically to questions about the reduced capacity, saying in a statement that it was reviewing the additional guidelines.

Aliso Canyon is the largest natural gas storage site in the West and is considered critical to the Los Angeles area for home heating and to power gas-fired electricity plants during energy spikes.

However, blackouts predicted without the facility in full operation have not occurred, and many nearby residents want it permanently shut down after enduring the stench, ailments and frustration after the blowout.

They can now have their say in public comments accepted until Feb. 6 and at hearings Feb. 1 and 2 in Woodland Hills.

State officials will decide whether to allow SoCalGas to resume storage operations after the public comment period.

The cause of the blowout remains under investigation. 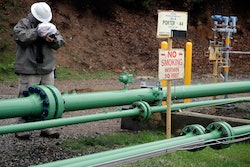 Wells at Gas Facility Shut Down 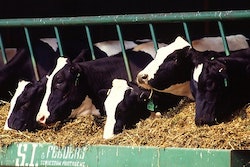 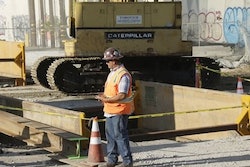