Tesla says the Autopilot was not at fault. 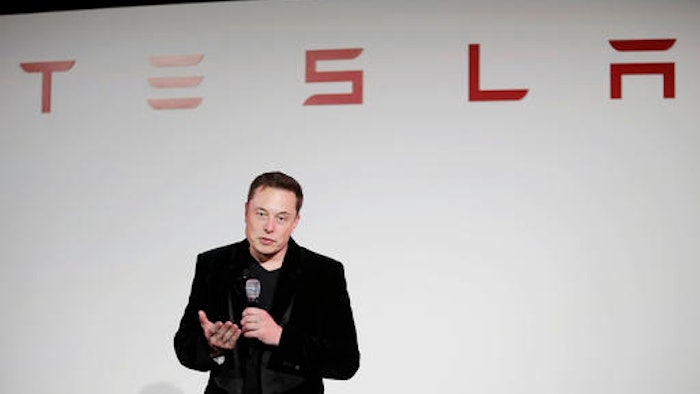 BERLIN (AP) — Police in northern Germany say a Tesla being driven with its Autopilot system engaged collided with a bus on a highway.

But Tesla says the Autopilot was not at fault.

Ratzeburg police say that the crash happened Wednesday afternoon on a stretch of autobahn about 50 kilometers (30 miles) east of Hamburg. The Tesla driver was slightly injured.

Police said in a statement Thursday that the 50-year-old Tesla driver told officers he had used the Autopilot. It wasn't immediately clear whether police had themselves confirmed the Autopilot's use, and calls to the Ratzeburg police precinct weren't answered late Thursday.

A Tesla spokeswoman in Palo Alto, California, said Thursday the Autopilot system was on and functioned properly in the incident, based on conversations the company had with the driver and authorities.

The system could not have prevented the crash because the bus swerved into the Tesla driver's lane while the Tesla was next to the bus, the company said.

Tesla updated the Autopilot software this month following a deadly crash in May. In that crash, a driver using the system was killed when his Model S sedan struck a tractor-trailer in Florida.