Mobileye said it warned Tesla not to allow drivers to use the system without their hands on the steering wheel, but the system that Tesla ultimately rolled out allows drivers to remove their hands. 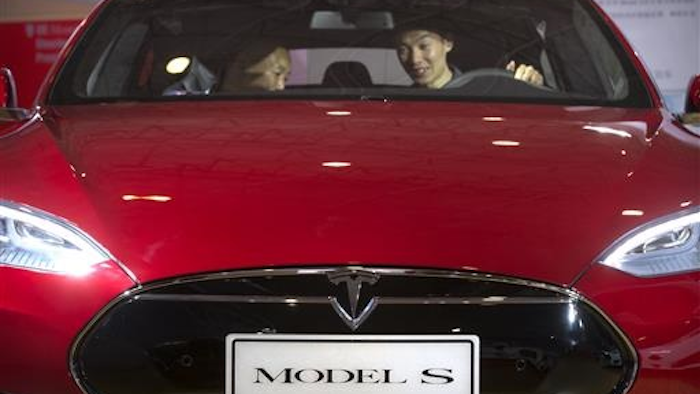 DETROIT (AP) — The company that made the camera and computer system for Tesla Motors' semi-autonomous Autopilot says the electric car maker ignored its warnings of safety problems.

Israel-based Mobileye said Friday that last year, prior to the release of Autopilot, it warned Tesla not to allow drivers to use the system without their hands on the steering wheel. The system Tesla rolled out in the fall allows drivers to remove their hands from the wheel while the car takes control of steering and other functions.

Mobileye's statement escalates a public spat with Tesla and will almost certainly draw the interest of two federal agencies investigation the death of a driver while using Autopilot in a May crash in Florida. At issue is whether Tesla rolled out the system before it was ready, essentially allowing it to be tested by owners. Mobileye stopped supplying components to Tesla a few weeks ago.

Mobileye, a huge player in an auto industry that is moving quickly toward autonomous cars, makes software that takes data from cameras and other sensors and decides when the car should take action such as applying the brakes. But in the Florida crash, Tesla said the cameras in the Tesla Model S failed to spot a crossing tractor-trailer due to bright sunlight.

The National Highway Traffic Safety Administration, which along with the National Transportation Safety Board is investigating the crash that killed former Navy Seal Joshua Brown, would not comment.

Tesla said that Mobileye's statements are inaccurate and stem from Tesla's plans to develop its own vision system. When Tesla refused to stop development, Mobileye stopped support on future work "and released public statements implying that this discontinuance was motived by safety concerns," the Palo Alto, California-based Tesla said in a statement.

Mobileye previously had said its system was never designed to spot cross traffic, but it didn't know if Tesla had modified the system.

The company said Friday that in May of 2015, Chairman Amnon Shashua raised concerns with Tesla CEO Elon Musk, saying that Tesla should not let drivers use Autopilot without their hands on the steering wheel. Later, in a face-to-face meeting, Musk said Autopilot would be "hands-on," Mobileye said.

Later in the year, Tesla deployed the system, which can maintain a set speed, keep the car within its lane and brake automatically. But Autopilot allowed drivers to take their hands off the wheel for short periods. Tesla says it tells drivers that they must continue to pay attention while Autopilot is working and be ready to retake control of the vehicle. The company also says it has never claimed or implied that Autopilot makes cars fully autonomous.

Mobileye said it made "substantial efforts" to take more control of the Tesla project, but the two companies could not reach agreement. In July, Mobileye ended its relationship with the electric car company.

Last week, Musk said Tesla would update the Autopilot system to rely more on radar sensors and less on cameras, which will dramatically reduce the number and severity of crashes.